FANS have savaged Manchester United on Twitter after their shocking defeat away at Brighton.

The Red Devils were trounced by the Seagulls 4-0 and left supporters and rivals fans left to express their surprise on social media.

Fans were quick to point out how easy Brighton’s goals came, with one comparing it to them being welcomed through an open door.

The defending left United supporters unimpressed as the home side repeatedly cut through their backline.

Another commentated that they had “run out of memes” as United endured their umpteenth embarrassing performance of the season.

The loss against Brighton means the Red Devils are now guaranteed to record their lowest ever points total in the Premier League era. 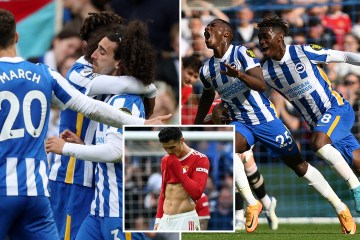 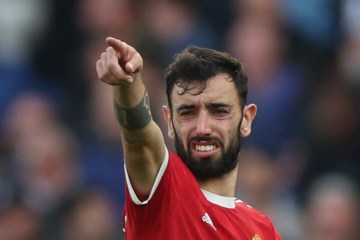 One United fan joked that the club would “kill me one day” as he watched his team get ripped apart at the Amex.

Other fans were quick to pick up on Cristiano Ronaldo’s reaction as he watched United concede their third goal.

The defeat at Brighton means it’s five away defeats in a row for Ralf Rangnick’s men. 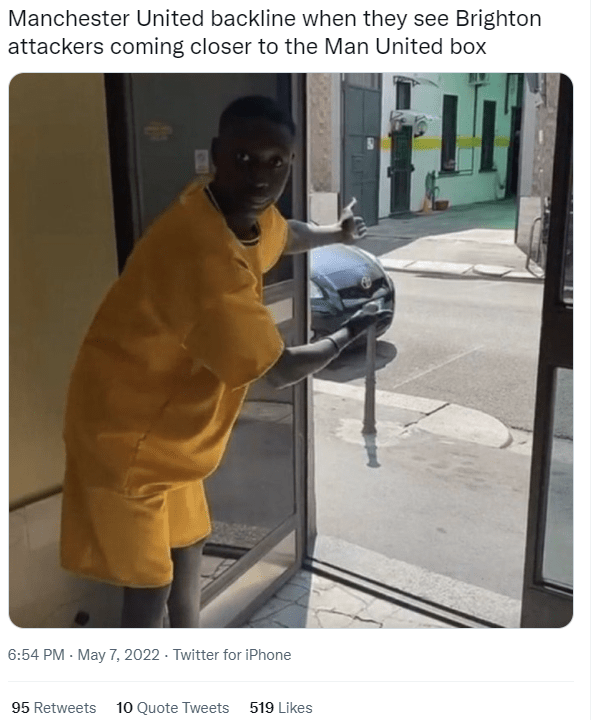 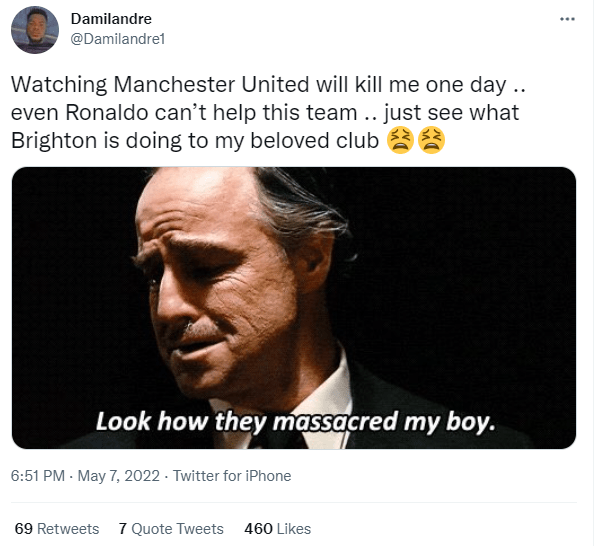 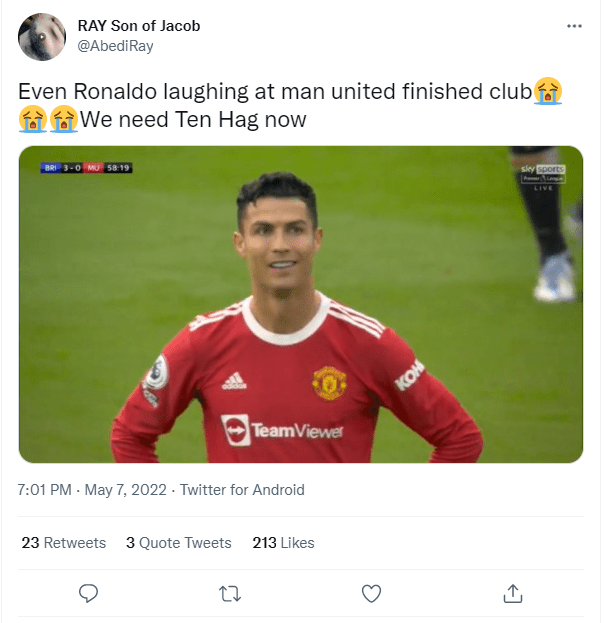 Rival fans jokingly admitted their opponents had got so bad it was no longer fun to watch them get humiliated.

One said: “Bro Man United are so bad to the extent that bantering them isn’t even exciting anymore.”

On the bright side for Manchester United, the loyalty of their fans could make them husband material, according to one Twitter user.

She joked: “If you’re male and still support Man United slide in my dm’s. The loyalty is clearly unbreakable.”

TV star and Sun columnist Piers Morgan also got in on the act as he ripped apart the 4-0 losers – and urged Ronaldo to join his club Arsenal. 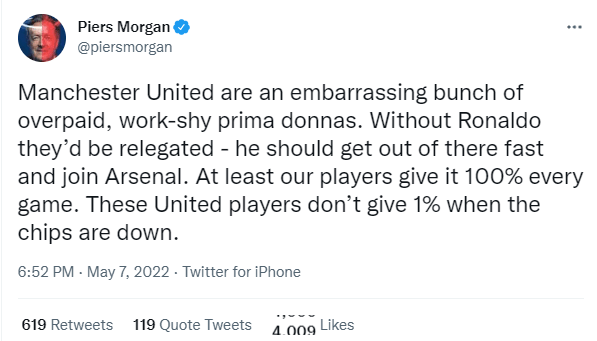