The Liverpool legend has blasted USA attacker Pulisic’s form, labelling him no more than a Chelsea squad player.

And when questioned by CBS colleagues about why he had missed the start of their Champions League coverage, Carra had a bizarre answer.

At first the former England defender just said: “It was a bit difficult getting through passport control.”

But when pushed, he added: “I don’t really know. Maybe it’s the criticism.

“Maybe Pulisic’s dad was the fella doing the passports, I don’t know. I’ve given him a little bit of stick, haven’t I?” 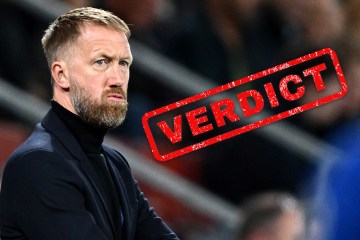 “He’s gonna be playing week in, week out. I just think he’s a squad player for Chelsea no matter who the manager is.”

And he later added: “To play week in, week out and make a difference for one of the best teams in the world, he’s not good enough for that right now.”

Ex-US hitman Clint Dempsey reposnded by arguing: “Maybe he’s not good enough, but he’s still a young player and still has a lot to prove.

“It doesn’t mean that he can’t still go on to another level,.”

Do away goals count double in the Champions League? – The Sun