The 2022 NFL offseason rolls on with a whole host of superstars still up for grabs in free agency. With the new league season less than four months away and the draft now behind us, teams are looking to plug any remaining gaps left on their roster.

Apart from player trades and free agency signings, news away from the field has also generated plenty of headlines from the current offseason. Without further delay, let’s look at some of the biggest storylines from the league so far.

The New Orleans Saints were in the news recently for bringing back Louisiana native and former LSU star Tyrann Mathieu. Now it seems that the homecoming will feature yet another NFL superstar.

On Friday, the Saints signed former Browns wide receiver Jarvis Landry to a one-year deal that could see him bag up to $6 million. Landry is part of an LSU lineage that has produced multiple standout wide receivers over the years.

A five-time Pro Bowler, Landry will have to deliver though as he enters 2022 off a career-low season in terms of receiving yards (570) and touchdowns (2.)

Russell Wilson will open up the 2022 NFL season with his new team, the Denver Broncos, to face his former team, the Seattle Seahawks. However, some have been significantly critical of that decision.

If I’m the #Seahawks, I move the play clocks at Lumen Field to a different location just to mess with Russell Wilson in Week 1.

If I’m the #Seahawks, I move the play clocks at Lumen Field to a different location just to mess with Russell Wilson in Week 1.

NFL VP of Broadcast Planning Mike North, though, was adamant in defending the decision. North said that the league looked at many other spots for the matchup, such as on Sunday, Monday, or Thursday night:

“We looked at a lot of different homes for it. It wasn’t like ‘Oh, we know for sure we’re gonna do that Week 1. We’re gonna do it on ESPN, let’s go, yeah.’ It was, ‘It could be Sunday night, could be Monday night,’ we thought about it on Thursday night for a while. To your point about you don’t wanna be in the grocery store, you don’t wanna be Sunday afternoon at soccer practice or something. That’s one that needed to be right.”

The Pittsburgh Steelers will look to make good on life after Ben Roethlisberger. The franchise legend called it a time on his NFL career after spending 18 seasons in the Steel City. While he is no longer a part of the active roster, Big Ben is making sure that the franchise can has things sorted when it comes to his replacement Kenny Pickett. 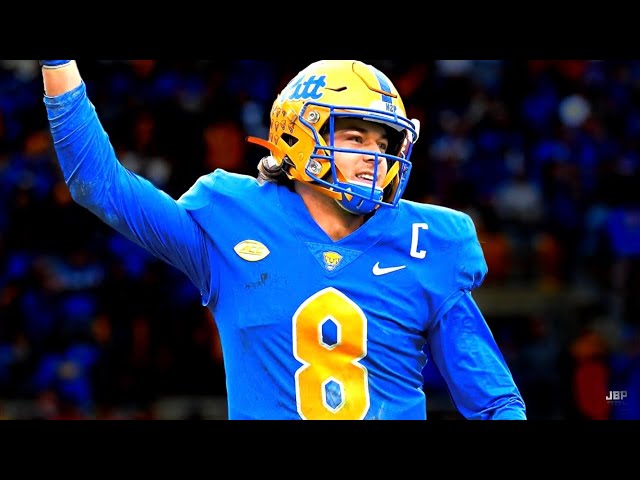 The Pittsburgh Panthers quarterback was drafted 22nd overall by the franchise and is viewed as the man to take over Roethlisberger’s mantle as the franchise’s QB1. During a recent interview with the media, Pickett said that the man he is set to replace called him personally and could well be his biggest resource in the weeks to come:

“He said he is always there for me if I have any questions or advice. He is an unbelievable player, a Hall of Famer. He is a guy who I will definitely use as a resource these coming weeks.”

While seen as the future of the franchise, Pickett’s role as a starter in his rookie season is not yet confirmed as the quarterback will have to fight for his spot against the likes of Mitch Trubisky and Mason Rudolph.