STEVEN GERRARD is planning to raid former club Liverpool in a bid to improve his leaky Aston Villa defence, according to reports.

Gerrard is understood to be eyeing up Joe Gomez as his transfer target, according to The Mirror, with a centre-back and central midfielder on his wish list to bring Aston Villa into European contention next season.

One of Villa’s Achilles’ heels since Gerrard took over has been a weak defence.

While The Villans have seldom had many problems scoring goals, thanks to the talents of Philippe Coutinho, Ollie Watkins, and Danny Ings, they have kept just eight clean sheets in 24 league games.

This poor record has ultimately cost them vital points and thwarted the chances of easily finishing in the top half of the table this season.

Gomez therefore would be a welcome addition to a defence which is in desperate need of some upgrades. 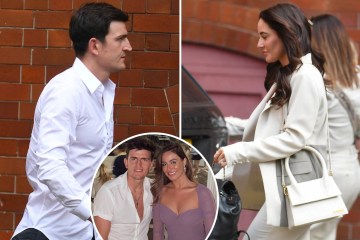 The 24-year-old has found himself designated to the fourth choice centre-back spot within Jurgen Klopp’s squad.

While he has still made 20 appearances this season, Gomez no doubt has the quality to play far more often than he is currently being afforded.

A serious knee injury he suffered last season and the arrival of Ibrahima Konate has seen his minutes limited to less than 1000 in all competitions this season.

And even these have in the most part come in a different position to the former Charlton man’s favoured one.

However, despite his lack on minutes for Liverpool this season, The Reds are willing to show their commitment to him by offering him a brand new contract in order to ward off interest from other clubs.

Gomez still has two years left on his current deal but is valued by Transfermarkt at £19.8m, making him a very affordable asset for a number of midtable Premier League clubs.

CRISTIANO RONALDO admitted he was on the verge of...
- Advertisement -
- Advertisement -
Previous articleMajor Arsenal boost as Bukayo Saka and Ben White are FIT and in the squad to play against Tottenham
Next article‘A real man would’ve s*** there:’ Pros react to Nate Diaz’s latest stunt with the UFC
Sportsdark