LIVERPOOL manager Jurgen Klopp admits he didn’t expect his team to be after the quadruple and instead feared they would be playing in the Europa Conference League this season.

The Reds dropped as low as eighth last term as their backline was stricken by injury so much so that Klopp was left without a fit senior centre-back.

However, the Merseysiders pulled it together to finish third and are now after an unprecedented quadruple having already won the Carabao Cup in February.

Klopp’s men are also in the FA Cup Final as well as the Champions League semi-finals and are only one point behind Premier League leaders Manchester City.

The German tactician has been left stunned with what he’s seeing this season and revealed he feared his team would actually be playing in the Europa Conference League this term.

Klopp said: “I didn’t expect us to win the Carabao Cup, be in the FA Cup final, the semi-final of the Champions League and one point behind the leader of the [Premier League] table but I knew we would be better. 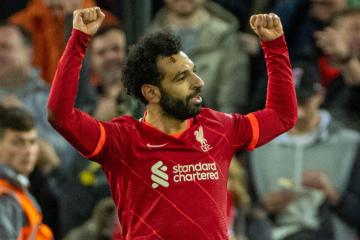 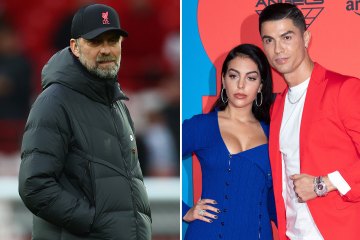 “What the boys did last year was really special in such a difficult situation, to get qualified for the Champions League was massive.

“There were a lot of moments before the Newcastle game where I thought that is difficult, and that we will not make it.

“We had moments where we thought: ‘Hopefully we don’t have to play in the Conference League’.

“We don’t know exactly where we will go to. And then the boys won five games in a spectacular manner.

“West Brom, Ali [Alison], header, all these kind of things: outstanding. I loved each bit of it.”

Liverpool will take on Chelsea in the FA Cup Final and are set to clash with Villarreal in the Champions League semi-finals.

Given how impactful CM Punk and Bryan Danielson have been in AEW since their debut, it is hard to...
Celebrity relationships and break ups