LIVERPOOL booked their place in the FA Cup final and kept alive their hopes of an unprecedented Quadruple after a sensational 3-2 win over Manchester City at Wembley.

In another breathtaking encounter between the best two teams in England, it was Jurgen Klopp’s men who flew out of the traps when an Ibrahima Konate header gave them an early lead.

The Reds doubled their advantage in the 17th minute when City keeper Zack Steffen suffered a horror moment.

The American, who Pep Guardiola decided to start ahead of No1 Ederson, was caught dallying on the ball and Sadio Mane closed him down before sliding in to turn it home in comical fashion.

Liverpool were in dreamland on the stroke of half-time when they went 3-0 in front as Mane grabbed his second of the game with a brilliantly sliced volley.

Man City gave themselves hope immediately after the break when Jack Grealish fired home to reduced the arrears. 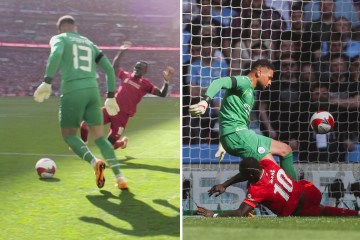 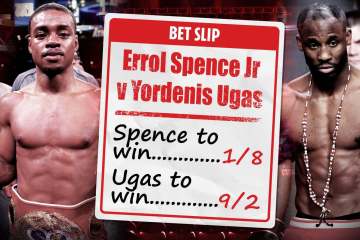 But when Gabriel Jesus missed a gilt-edged chance with 20 minutes remaining, the writing appeared to be on the wall for the English champions.

Bernardo Silva pulled one back for City in the first minute of stoppage time to set up a grandstand finish.

But Liverpool saw out the remainder of the game to secure a spot in the FA Cup final against either Chelsea or Crystal Palace.