LIONEL MESSI has broken Pele’s record for most goals and assists EVER.

The Argentine was in devastating form as Paris Saint-Germain smashed Maccabi Haifa 7-2 in the Champions League last night.

Messi, 35, grabbed two goals and two assists as his side sealed qualification to the round of 16.

In doing so, he reached a combined total of 1,127 goal involvements in his career.

This overtakes the great Pele, who OneFootball attribute 1,126 goal involvements to.

During his remarkable career, Messi has scored 672 goals for Barcelona, 22 for PSG and 90 for Argentina. 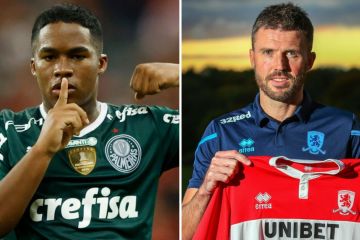 He has racked up an unbelievable number of assists too, taking him well over the 1,000 mark.

Pele’s goal tally is often refuted, with many believed to have come in friendly matches.

But Messi has beaten the sum reported by OneFootball.

In another landmark achievement, he became the oldest player to ever bag two goals and two assists in a single Champions League game.

While he also extended his group stage record to 80 goals in 85 – taking him further ahead of Cristiano Ronaldo’s sum of 73 – with the Portuguese unable to add to it this season.

The 37-year-old can breathe one sigh of relief, however, as Messi couldn’t quite bag a third – which would have seen him overtake Ronaldo’s tally of eight Champions League hat-tricks – on which they remain are tied.

Kylian Mbappe was also on the scoresheet for PSG last night, bagging twice as his side romped past the Israeli underdogs.

Neymar and Carlos Soler netted – while Sean Goldberg scored an own goal for the visitors.