LIVERPOOL have suffered an injury blow as Luis Diaz has been ruled out until December.

Diaz, 25, left the Emirates on crutches following the Reds’ 3-2 defeat to Arsenal on Sunday.

A bad day for Jurgen Klopp’s side has got even worse as The Times report the winger is now OUT with a knee injury.

The Colombian is said to be sidelined until after the World Cup.

No surgery will be required, but a Christmas or January return looks likely.

He was seen sporting a knee brace after picking up a first-half injury in North London. 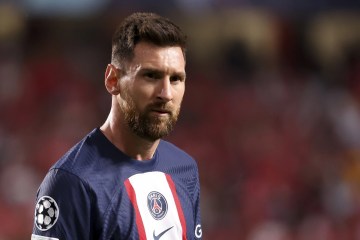 Diaz caused problems for Arsenal and produced the assist for Darwin Nunez’s equaliser in a promising display.

But his game was halted early after he came off second best in a clash with Thomas Partey and received treatment after going to ground.

Diaz tried to continue but moments later he hit the turf once again and the decision was made to take him off.

The Colombian forward was a huge boost for Liverpool last season after signing in the January window.

He helped them push on to within a single point of a title win – losing out to champions Manchester City.

To make matters worse Trent Alexander-Arnold also picked up an injury against the Gunners and was unable to come out for the second half.

The Reds have won just two out of eight games and are ninth in the league with games coming thick and fast.

First up is a Champions League trip to Rangers in mid-week before City visit Anfield next Sunday.