DELE ALLI has been pictured kissing girlfriend Cindy Kimberly while enjoying his summer break from football.

The Everton forward, 26, split from ex Ruby Mae back in March, but has since been seen with model Cindy.

Dele appears to be loving his time with the 23-year-old who is also a YouTuber, entrepreneur and social media personality.

And Cindy shared an image on Instagram of Dele kissing her while the pair seemed to be looking around an art gallery.

The former England international also shared a short video of the pair hanging out together on Sunday night.

And they were seen in Manchester together as their relationship continues to flourish. 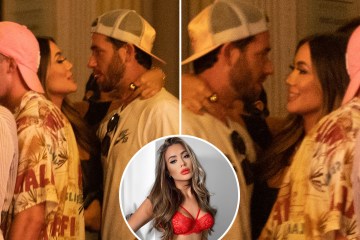 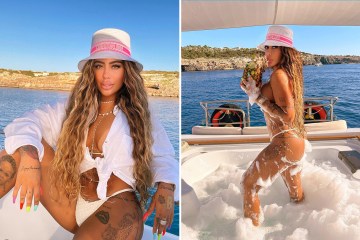 It comes after the couple were spotted on a luxury yacht in Capri last month.

Dele and Cindy soaked up the sun on board the luxury yacht Riva off the coast of Italy.

The pair spent the day kissing and hugging and enjoyed a dip in the water.

Meanwhile, Dele’s future remains up in the air despite having signed a two-and-a-half year deal with Everton back in January.

The midfielder arrived from Tottenham on a sort-of-free transfer that could eventually have been worth up to £40million for the North London club.

Spurs have received a small bonus as Dele has already completed 10 matches for the Toffees.

He has appeared nine times off the bench and started the final two matches of the campaign.

Dele’s old employers will then land £10m if he completes 20 appearances — but he may have leave before then.

Everton are hoping to get anything up to £20m for the former MK Dons ace but they would have to hand 25 per cent of it to Spurs.

ARSENAL are looking to keep their winning start to...

OLEKSANDR USYK has been holding his breath underwater for...

TEMPLEGATE looks to win you a lot from a...
NFTNews