JAAP STAM has warned Erik ten Hag he MUST win the Premier League title in his debut season at Manchester United — then top it with the Champions League.

Old Trafford legend Stam, who won three league titles and was a major part of Sir Alex Ferguson’s 1999 Treble winners, says that is a CRAZY level of expectation the incoming Ajax boss faces.

Stam delivered his brutal message ahead of the Dutch Cup final, when Ten Hag aims to complete a hat-trick of domestic cups, by beating title rivals PSV Eindhoven in Rotterdam.

But the 49-year-old, who kicked off his own career with Ajax, warned the incoming Old Trafford boss that just winning domestic cups will not cut it at a global superpower like United.

Stam said: “The pressure at United is much greater. The club management can be patient but that does not mean  you get time from the outside  world.

“The title and the Champions League are expected. That is no different under a new coach.” 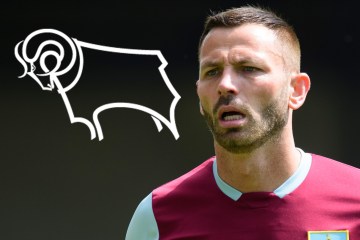 Stam reckons Ten Hag’s first mission will be to deliver a first Premier League title since 2013.

Ten Hag knows he will have to lean on the club’s power brokers to assemble the squad he wants.

But Stam says he has even more important work to do in the dressing room and on the training field if he is to haul United back to the pinnacle of world football.

Stam said:  “Something has to change but you cannot say, ‘These 15 must go and these ten remain’. There are many large contracts. But some changes are crucial  for  a  breath  of   fresh  air  and  success.

“It becomes difficult if they do not fit into your system. That is why a trainer is required who is demanding and who says in detail what needs to be done.

“There is a world of difference between the Netherlands and England.

“Ajax has by far the largest budget in the Eredivisie. But there, a trainer is mainly judged on European competitions.

“In England there are three high-level matches every week, with good players at every club and sometimes you have to change the way you play.”

Stam says it is essential Ten Hag makes a positive first impression — even though the  club  needs   a   root-and-branch  overhaul.

He added: “If you achieve results, trust grows. However, clubs often ask for £40million more when United knocks.

“But whoever you do it with, the style of play and what you expect from players in it must be made very clear.”

Stam believes Ten Hag, 52, deserves the right to earn his place in history as an Ajax great as he closes in on a third Double with the iconic Amsterdam club.

But he says the sheer scale of United’s global support — and the publicity and superstar profile that brings — will shock the modest, hardworking coach from the small town of  Haaksbergen.

Stam said: “Manchester United supporters are everywhere. That was already the case in my time — without social media.

“My first training camp was in Singapore. From outside the hotel, frenzied fans stood behind crush barriers as far as the elevator.

“Your privacy gets affected too. Paparazzi are everywhere, even if you just walk into town.

“Ten Hag is not the type to do crazy things. But people will also pay attention to how he comes across.

“You just have to be yourself. The longer you’re there, the more you get used to it but you have to get through it.”

Having come face-to-face with Ten Hag on Friday as the only UK-based reporter to be granted access to Ajax’s  pre-cup final press conference, he did not strike me as a fragile character.

United’s season has descended into chaos with dressing-room rifts and private briefings par for the course but over in Holland everything went like clockwork . . . clockwork orange in this case!

Despite being grilled about his imminent switch to United, Ten Hag remained laser-focused on the job in hand.

When I asked if the speculation had irritated him in the build-up to a cup final, he replied: “Every match is stressful. But this is Ajax and we know how to deal with that.

“It’s all about winning prizes here. That’s what we live for. There have been rumours about Ajax players and trainers leaving for many, many years.

“The concentration must always be one hundred per cent focused on winning matches.”

Ten Hag is impressive, exudes authority and there seems to be a surgical-like precision in everything he does.

His cup final press conference was set for noon.

At 11:59am the door to the Ajax media room opened and he strode in, wearing a blue training top, alongside his skipper Dusan Tadic and the club’s media chief.

There was some sporadic laughter as he rolled with the punches to emerge unscathed, without breaking into a smile.

He seems a serious character but there was not the surliness of a Jose Mourinho or the haughty air of Louis van Gaal.

Neither did he appear to care if he compares to Ole Gunnar Solskjaer in the nice-guy stakes, either.

After 18 minutes of verbal sparring, when Tadic was talking, Ten Hag pulled up the left cuff of his blue tracksuit and casually glanced down at his watch.

It was subtle and it was understated. But three minutes later the  conference was over and Ten Hag  left the Arena.

His message was clear — it was time to bring the proceedings to a halt. Yet it was delivered with minimum fuss.

You suspect some United players’ time will be up, too, if they miss the warning signs when Ten Hag hits Manchester.