MATCH OF THE DAY broadcasters Guy Mowbray and Gary Lineker have slammed fans claiming commentary on the show is not live.

A conspiracy theory began to spread on social media over the weekend that suggested commentary on games was recorded after the match – not live at stadiums.

Mowbray hit back at these claims furiously taking to Twitter to say: “Been shown a couple of tweets today from people who ‘know’ that the MOTD commentary is done afterwards over the edit.

“What else completely false, wrong and utter rubbish do they ‘know’? Never the case, never was, never will be. All live. I actually do ‘know’.”

It was then argued that the odd sentence was added in afterwards to help the flow of the highlights show but again Mowbray passionately responded to the theories.

He said: “The odd line. Maybe once in an entire season. 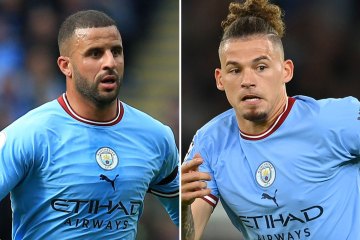 “Speaking for myself, there has to be a VERY good reason for it – not just to make the editor’s job easier, or in a ‘predictive’ context.

“Apologies, but I care about what we do and can’t abide falsehoods being spread around as fact.”

“Guess I should view it as a compliment. ‘How do they do that? I don’t understand. They must make it up after.'”

Meanwhile fellow BBC commentator John Roder reacted: “I can’t quite work out why people believe we do the commentary afterwards for MOTD. We don’t, it’s all live, & then we go home.”

Some of the claims made by viewers of the programme came about after Tottenham’s 3-2 win over Bournemouth.

They accused Jonathan Pearce of adding commentary after as he predicted Spurs could get back in the game when they were losing saying: “I don’t think it’s over yet.”

One fan tweeted: “It’s almost like he adds commentary after.”

Another said: “I still hate the retrospective commentary provided.”

More backed the fake theory: “Not buying that for a second. Where I’ve picked out it is done after games is there is sometimes a clip of the bench or manager reacting.”

Mowbray labelled any allegations of false commentary as “nonsense.”

Chris Eubank Jr vs Chris Eubank Snr Tale of the Tape: How father and son stack up ahead of next gen bout