THE Professional Fighters League record the speed of strikes in a bid to entice a younger audience of fans.

MMA’s only seasonal promotion uses data and analytics as part of their “SmartCage”.

And last year, the fastest punch and kick in PFL history were both scored.

Lightweight Natan Schulte clocked a kick at 67.7 mph a punch from Carlos Leal came in at 29.3 mph.

PFL are the only known MMA organisation to record such stats, and CEO Peter Murray believes it is appealing to a younger set of supporters.

He said: “Our three differentiators are, No1 the sports season format, No2 technology and No3 story telling. 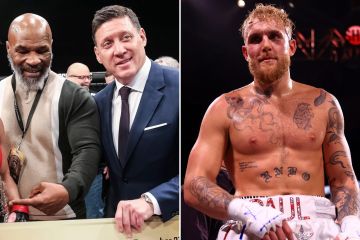 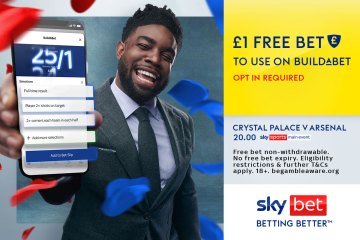 “On technology, there’s really been no innovation in combat sports or MMA since the PFL launched in 2018.

“Our vision of the sport and of the league is really to cater to this generations fan base, a young fan base.

“And the expectation is to have technology as part of the experience, a more immersive presentation, leveraging fight data, fight analytics.

“It’s also data that we monetise through betting, so it really is MMA 2.0 and it’s certainly geared towards that young fanbase, and that’s where the growth is.”

The PFL’s league format consists of a two-bout regular season, where points are earned per method of victory.

Then, the top four in each division progress to a semi-final and final after that, where a $1million prize cheque is on offer.

The PFL’s qualification and knockout format has been likened to the UEFA Champions League.

Murray said: “Our vision is to enhance the sport and continue to expand globally as a league.

“We have a vision to create The Champions League of MMA and now we have five years under our belt as an organisation and we’re No2 in the world.”

Previous article‘We’d like to make that fight happen’ – PFL open talks for MMA legend Cris Cyborg to face Olympic champ Kayla Harrison
Next article‘We’ve all been there!’ – Watch brutal moment diver misjudges jump and face-plants into water at Commonwealth Games

CELTIC and Rangers could finally be handed the opportunity...

SUN Racing goes in search of some big winners...

ADRIEN BRONER has hit out at his former mentor...
NFTNews