SOFT spoken MMA star Stevie Ray joked he needs some trash-talking lessons from Conor McGregor – and would be a big spender like the Irishman too.

Ray has qualified for the Professional Fighters League last four, where he is two wins away from the $1million prize cheque.

And after beating ex-UFC champion Anthony Pettis in July, to book his semi-final spot, the quiet Scot said he could do with having a loud mouth like McGregor.

But the humble lightweight admitted the fear of sounding too brash refrains him from stealing the show on the microphone .

Ray, 32, told SunSport: “Sometimes I’m a bit too humble after my fights.

“I always just thanking my family, my friends and yeah, just sometimes I think I just need to say what’s on my mind. 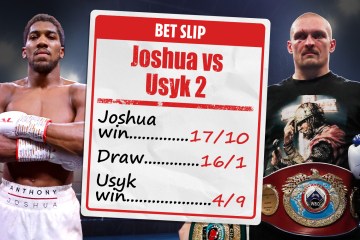 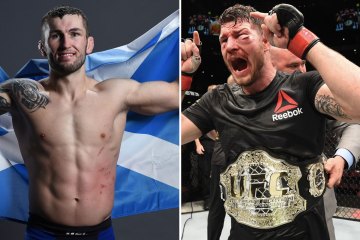 “Sometimes it’s on my mind who I want to call out, what I want to say but I’m always worried in case it comes out wrong, or maybe I sound cocky.

The PFL consists of a two-bout regular season, where points are earned per method of victory, and the top four qualify for the semis.

Ray was beaten by Alex Martinez in his opener but stunned Pettis with a round two submission in his second fight.

It earned him five points and secured a spot in the last four in New York, where he rematches Pettis, 35, right away.

Doing the double over Pettis means Ray would find himself in the finale fight, where only one man stands in the way of winning the $1m prize.

And although he cannot quite splurge like multimillionaire McGregor, 34, the British contender already knows what he would put the money towards.

Ray said: “You’ve got to get a nice house and a nice car, and once you’ve got all that the silly spending could probably come with it.

“The Lamborghini yachts and all the cars. But yeah, if I won the million I would definitely look to celebrate, that would be the first part.

“And then I would be looking to just better mine and my families life, getting a bigger house or the house I live in at the moment, maybe getting an extension and doing it up.

“I’m not too sure to be honest, I’m not looking too far ahead because I know that, even though I beat Pettis, I can’t look past him.

“I can’t think about the final just yet, my eyes are on Pettis, to win this fight and that’s it.”