Only eight teams remain in the 2022 NBA playoffs. Most of the teams are already on vacation after failing to qualify for the postseason or getting eliminated in the first round. One of the teams that was sent early to Cancun was the Brooklyn Nets, and one of their superstars recently had back surgery.

Ben Simmons, who missed the entire season, underwent surgery for an injured back. Simmons appeared to be in good spirits after his procedure. In other news, the Dallas Mavericks were fined by the NBA for improper bench decorum ahead of their Game 3 showdown against the Phoenix Suns.

On that note, here’s a look at the NBA news roundup for May 7, 2022 brought to you by Sportskeeda:

The Dallas Mavericks were fined $25,000 for improper bench decorum in their 129-109 loss in Game 2 against the Phoenix Suns. According to NBC Sports, the Mavericks violated the league policy when their bench and a member of the coaching staff were on the court.

The league published a video on their official Twitter account regarding the rules on Freedom of Movement and Respect for the Game. It was released before the NBA playoffs, and the Mavericks were used as an example for improper bench decorum.

See below for Part 2 of the latest video regarding the 2021-22 Points of Education (narrated by SVP, Head of Referee Development & Training Monty McCutchen), which provides examples and guidance regarding Freedom of Movement and Respect for the Game:

See below for Part 2 of the latest video regarding the 2021-22 Points of Education (narrated by SVP, Head of Referee Development & Training Monty McCutchen), which provides examples and guidance regarding Freedom of Movement and Respect for the Game: https://t.co/C4hA4cM7sW

Here’s the NBA’s statement regarding the Mavericks’ violation of bench decorum:

“On multiple occasions, several players and a member of the coaching staff stood away from Dallas’ team bench and were on or encroaching upon the playing court during game action in the Mavericks’ 129-109 loss to the Phoenix Suns in Game 2 of their conference semifinals playoff series May 4.”

Ben Simmons in good spirits after back surgery

Ben Simmons underwent back surgery on Thursday and is expected to be ready for training camp. Simmons missed the entire season due to his situation with the Philadelphia 76ers and a back injury after getting traded to the Brooklyn Nets.

There was hope that Simmons would return for the NBA playoffs, but that wasn’t to be, as his back flared up. The three-time NBA All-Star appears to be in good spirits after his surgery, though. He posted a selfie following the procedure and captioned it:

“Surgery went well thank you for the well wishes.”

Here’s a statement from the Brooklyn Nets regarding Simmons’ back surgery:

“Brooklyn Nets guard/forward Ben Simmons underwent successful microdiscectomy surgery today at Cedars-Sinai Marina Del Rey Hospital in Los Angeles. The procedure was performed by Dr. Robert Watkins IV. Following an initial recovery period of approximately three weeks, Simmons will begin a rehabilitation program. He is expected to make a full recovery prior to the start of next season’s training camp.”

The Dallas Mavericks beat the Phoenix Suns on Friday night to make the series 2-1 in favor of the Suns. Luka Doncic and Jalen Brunson led the Mavericks to an impressive 103-94 win. Dallas weathered a late Suns rally, using their defensive prowess.

Doncic had 26 points, 13 rebounds and nine assists, while Brunson led the team in scoring with 28 points. Maxi Kleber added 14 points off the bench, while Reggie Bullock and Dorian Finney-Smith were both double-digit scorers.

Doncic said after the game that the Mavericks were inspired by the energy inside the American Airlines Center. He said:

“Energy, man. The crowd gets you going. The energy and the execution were better. That’s what we’ve got to do every game.” 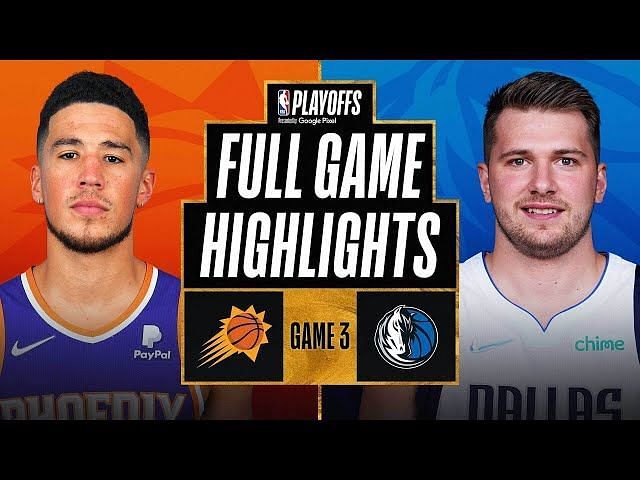 Joel Embiid returned to action in Game 3 against the Miami Heat. Embiid missed the first two games of the second-round series due to a fractured right orbital bone and a minor concussion.

Embiid had 18 points and 11 rebounds, while also playing great defense. Tyrese Maxey and Danny Green each had 21 points, while James Harden put up 17 points, eight rebounds and six assists.

With their 99-79 win, the Sixers made their matchup against the Heat more interesting heading into Game 4. Embiid said after the game:

“I really want to win. I feel that we have a big chance to win it all. Obviously, we’ve got to stay healthy, and we’ve all got to play well at the same time. We’ve all got to be damn near perfect. To me, that’s what I signed up for. Whatever is going to take me to win, that’s what I’m going to do.” 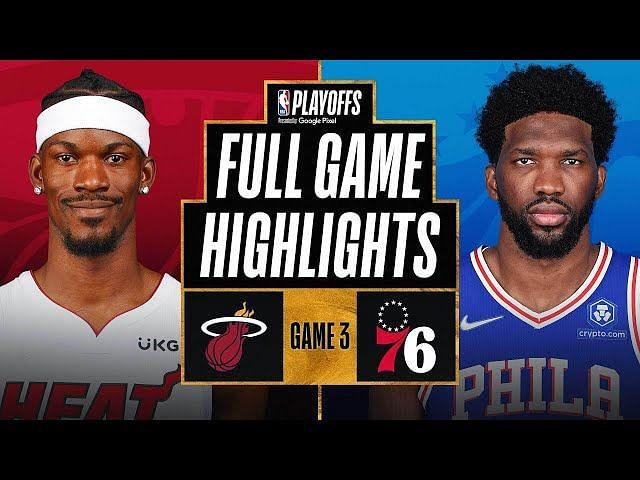 Game 3 between the Miami Heat and the Philadelphia 76ers had some interesting stars in attendance. Donovan Mitchell of the Utah Jazz and Seth Curry of the Brooklyn Nets were in attendance in Philly. Mitchell and Curry were already on vacation after losing in the first round of the NBA playoffs.

Seth Curry and Spida pulled up to Sixers-Heat 🍿

Mitchell has been linked with the Heat recently due to the possibility of a rebuild in Utah. Meanwhile, Curry was a former Sixer before getting traded to the Nets as part of the James Harden deal. He has got a year left in his contract and was possibly showing support to his former NBA team.