And in what could be a busy summer of outgoings, three Argentine stars are also heading for the exit doors.

Ramos’ first season in the French capital following his free transfer from Real Madrid has been blighted by injuries.

The 36-year-old has made just eight appearances in all competitions, with PSG now willing to let him leave in June, according to Le Parisien via Diario AS.

But there appears to be a lack of potential suitors, with clubs unwilling to gamble on paying Ramos’ salary due to his recent injury problems.

A switch to the MLS has been mooted, with LA Galaxy said to be one side willing to end Ramos’ PSG nightmare. 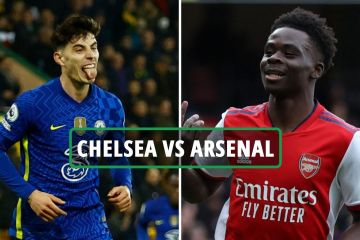 Ramos himself though appears to have other ideas.

The Spaniard told Amazon Prime: “I would like to play between four and five more years at the top level and then live another experience.

“I have two years at PSG, we will try to do three and then we’ll see. As long as my physical condition holds up, I think I can keep my mind focused.”

Elsewhere at PSG the Argentine trio of Angel di Maria, Mauro Icardi and Leandro Paredes are all set to be shipped off in the summer, according to L’Equipe.

The news comes as a blow to Lionel Messi, who is set to oversee a mass exodus of his fellow countrymen.

Di Maria’s contract expires at the end of the season, with PSG not prepared to trigger the option for a further year.

Paredes deal runs until 2023, while Icardi’s does not come to an end until the summer of 2024.

Both players though are said to have been “invited” to leave the club in the upcoming transfer window.