Randy Orton has responded to John Cena’s latest tweet where the latter praised The Viper for completing 20 years in WWE.

The third-generation superstar made his main roster debut in the spring of 2002. Orton recently surpassed the 20-year mark in WWE and received congratulatory tweets from all corners of the wrestling world.

One of Orton’s greatest on-screen rivals, John Cena, congratulated him in his latest tweet. The former world champion was full of praise for The Viper and lauded him for “his maturity & growth as a human being.”

Cena also called Orton one of the greatest WWE Superstars in history. The latter has now reacted to the praise. Check out his tweet below:

appreciate the words John 🏼 twitter.com/johncena/statu…
For 20 years @RandyOrton has cemented his legacy as 1 of the greatest @WWE Superstars ever. I have the utmost respect for every achievement he’s earned & CONTINUES to earn. But my genuine love & admiration for him is in his maturity & growth as a human being. Here’s to RKO! 🥃

For 20 years @RandyOrton has cemented his legacy as 1 of the greatest @WWE Superstars ever. I have the utmost respect for every achievement he’s earned & CONTINUES to earn. But my genuine love & admiration for him is in his maturity & growth as a human being. Here’s to RKO! 🥃

Check out the results from the latest episode of SmackDown here.

Randy Orton has praised John Cena in the past

Orton and Cena were two of the biggest superstars in WWE during the PG Era. Both men regularly headlined WWE’s events and brought in tons of money via merch sales.

Outside the ring, Cena and Orton have had nothing but respect. Both men have praised each other on various occasions in the past. The Viper had the following to say about Cena on After The Bell:

“And John Cena. God, I hate saying it, but I learned a lot from that motherf**ker. I really did. Talk about slowing down and breathing and listening to the people. He was a master. He was a fu**ing ninja at listening to the crowd.” [H/T Fightful] 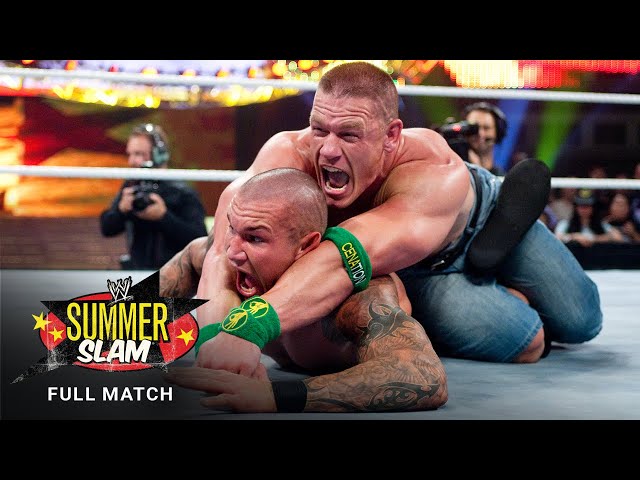 Orton and Cena competed on various occasions on WWE TV and pay-per-views. Their biggest battle came at Tables, Ladders & Chairs 2013, where they competed in a TLC match. Orton defeated Cena that night, unifying the WWE and World Heavyweight Titles in the process.

Randy Orton is currently the one-half of the RAW Tag Team Champions alongside Riddle. The duo is set to face SmackDown tag champions The Usos at WrestleMania Backlash. The winners of the bout will become the Unified WWE Tag Team Champions.

Did you enjoy Cena and Orton’s rivalry back in the day? Share your favorite match involving the two WWE legends in the comments below!

LIVERPOOL are looking to complete a memorable treble when they take on Real Madrid in the Champions League final...
Football