Fourteen-time NBA All-Star Michael Jordan was one of the league’s biggest entertainers. Whether it was a regular season game or an All-Star game, Jordan always put on a show when he was on the floor. Over the course of his career, he was a fan-favourite, helping the NBA extend its reach outside the United States. Talk to a random stranger about the NBA and chances are they’ve heard of Michael Jordan.

In his fifteen seasons in the league, Jordan missed only one All-Star game and was almost always the highest vote getter. Jordan was an explosive offensive player, who willed his way to the basket – racking up some highly explosive dunks throughout his career. When it came to All-Star games, he never stopped competing and rarely put in a disappointing performance. On that note, let’s take a look at his three best dunks from all-star games.

On Feb 7th, 1988, Jordan had a night to remember, scoring 40 points and grabbing 8 rebounds. He was also effective defensively, racking up four steals and four blocks. In fact, his best dunk of the game was the result of a block on the defensive end. Jordan came from behind, to reject Hakeem Olajuwon’s attempt, and then proceeded to take it all the way to the other end of the floor – flushing it down.

Jordan was having another strong start to the season, averaging 29.7 points, 6.4 rebounds and 6.2 assists in 47 games – by the All-Star break. The Chicago Bulls had lost only eight games at the time, and had their two superstars – Michael Jordan and Scottie Pippen, represent the team in the 1992 All-Star game. 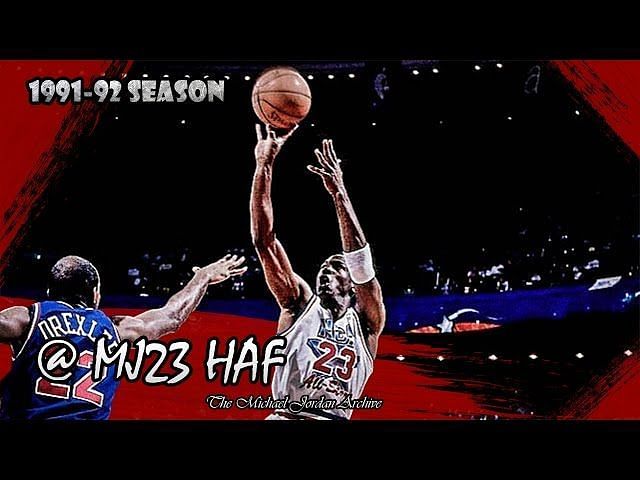 The duo combined for 32 points as the East ended up losing the fixture by a 40-point margin. But they had a highlight play that was especially eye-catching. From an out-of-bounds play, Jordan used a simple jab step fake to get away from Clyde Drexler and slammed down a pass from Scottie Pippen – right in the middle of the paint.

Michael Jordan made his eleventh All-Star appearance in the 1996-97 season, at age 33. He received more than 2 million votes that season, leading the East to a 12-point victory. Jordan shot poorly but recorded a triple-double with 14 points, 11 rebounds and 11 assists. He shot only 35.7% from the field. 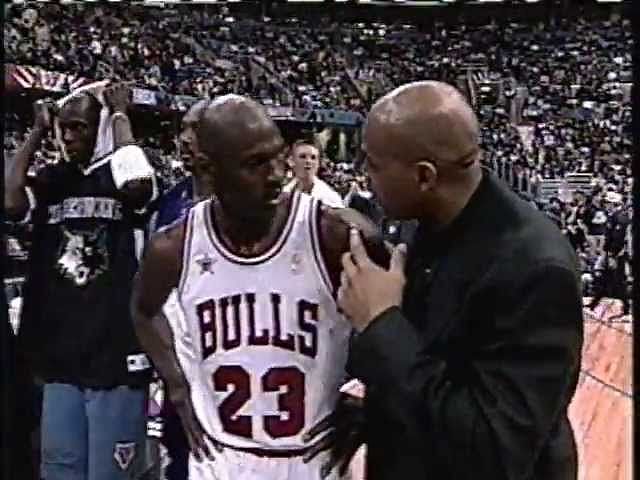 However, Michael Jordan didn’t miss the opportunity to show his superior athletic ability by earning himself two points from a missed free-throw attempt. His teammate Grant Hill attempted to make a shot from the charity stripe but missed as the ball rolled off the rim – Jordan who was fastest to react, had already started his ascent seemingly before the ball had come down. From outside the three-point line, he streaked in and slammed down the missed shot.