A RACIST troll who abused England ace Reece James has been tracked down to the Middle East just three weeks before the World Cup starts in Qatar.

An arrest is imminent after the Chelsea defender, 22, gave statements to Instagram, police and officials abroad.

Trolling victim Reece has told how he is determined to fight back against the online menace saying: “Whenever I see it I report it.”

The England ace spoke out as the net was closing on a racist tormentor who targeted him.

The vile troll has been tracked down to the Middle East — just three weeks before the World Cup in Qatar. 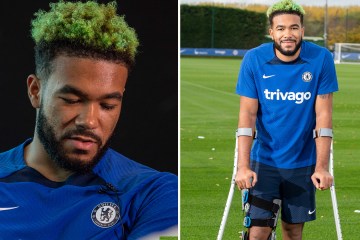 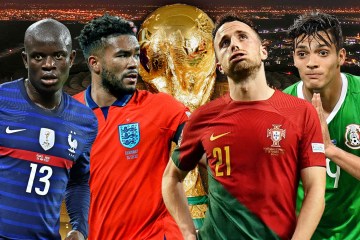 An arrest is imminent.

Chelsea star Reece told The Sun: “I get (racist) messages here and there, but I’ve never really had it face to face.

“It’s always the way (that trolls hide behind the keyboard); whenever I see it I report it.

“It’s one of those things that is hard to control. Most of the time they are fake accounts.”

He reported a chain of racist abuse from a mysterious account.

Starting in February of last year, Reece gave statements to Instagram, the Met Police and officials abroad — and now the culprit is finally on the verge of being nicked.

Reece admitted: “It’s tough, when you have to take so much time on interviews and statements, and then it doesn’t lead to anything.

“I had this one last season, monkey emojis and stuff.

“Before I didn’t really open my messages, but one day I managed to see it, and reported it.”

After posting a photo of him training, a man — using an account name of mhmd.awada — also wrote: “How can you f live with dirty black skin?”, plus other vile racist slurs.

He followed this up with several monkey emojis and vomiting faces.

Reece reported the abuse to Instagram and alerted support staff at Chelsea.

The club acted decisively, and in an unprecedented move, then owner Roman Abramovich wrote to every player telling them he was “appalled” at the abuse suffered by their talented right-back.

The billionaire tycoon pledged to provide additional funding for the club’s anti-racism efforts.

As a result, the Met Police’s ­specialist football unit began investigating and located the account.

They have since been liaising with cops in the Middle East.

Last night a source said: “There’s been a lot of conversation between police from both regions — everyone has been taking this case seriously.

“It’s vital players feel supported and listened to, and know that all efforts are being made to clamp down on racism within the game.

“Of course, there are fears that this account — and others like it — are linked to a racist group in Qatar, a country which has been found to have a poor track record for racist abuse against non-nationals.

“We’ve already seen England players being horrifically racially abused after the Euro 2020 final — the last thing anyone needs is a repeat.”

I think everyone has an equal right to play, no matter your sex, skin colour, or anything like that.

Last September the Met confirmed it had recruited a specialist officer to focus on hate crime in football.

In April of last year the world of football came together to initiate a boycott of social media in a protest against online racism.

Reece — who still hopes to make it to the World Cup despite being on crutches as a result of a knee injury — believes education, or a lack of it, is the root cause of racism.

At the Chelsea’s training ground in Cobham, Surrey, he said: “I think everyone has an equal right to play, no matter your sex, skin colour, or anything like that.”

He waded in on the decision to award the World Cup to Qatar — a country renowned for human rights abuses and strict anti-gay laws.

Reece said: “I think most of the countries I know that are participating are trying to stand up for human rights there, and help people that can’t be themselves. I think everyone is working together to raise awareness and trying to show people that they can be who they are.”

This month it was announced that England captain Harry Kane plans to wear a “OneLove” rainbow armband during the tournament in support of the LGBT community.

The report claimed there was a “de facto caste system based on national origin,” in Qatar.

Reece, whose sister is England Lioness and Chelsea player Lauren, believes the time is right for a top-flight player to come out as gay.

He added: “I don’t see why it hasn’t happened yet, In the women’s game it’s quite open and there’s a lot of relationships.”