Sean O’Malley has some advice for Paddy Pimblett following the Liverpudian’s second fight in the UFC: stop gaining so much weight after every win.

Paddy Pimblett has a reputation for gaining a lot of weight between his fights, and that’s exactly what he did following his big win at UFC London. A video blog posted by Pimblett chronicled two days of endless eating that saw him tip the scales at over 200 pounds. That’s an impressive amount of food considering ‘The Baddy’ weighed in at 155 pounds two weeks earlier.

Paddy Pimblett has been enjoying the snacks since his win at London 😂 https://t.co/c0sW3bjZUP

In a new episode of BrO’Malley, Sean O’Malley commented on Pimblett’s bad eating habits. He said:

“I can’t even talk, I get faded after my fights. So scratch that. On the weekends I get f**ked up. I don’t get fat. My weight doesn’t get bad. Just being judgmental, we’re on a podcast.” 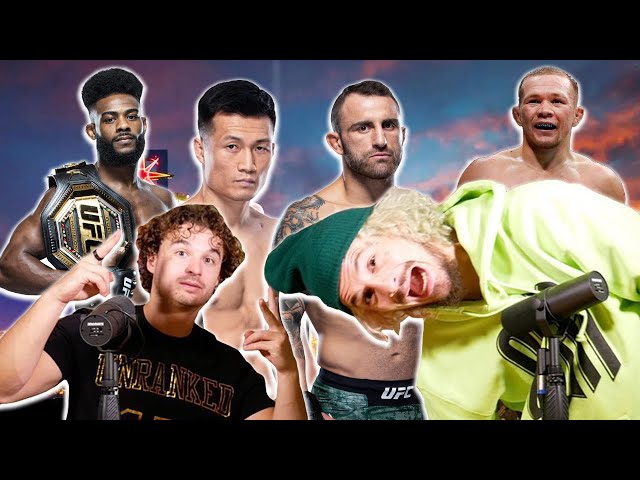 O’Malley’s view on eating and nutrition stem from the fact that he used to have serious back problems early in his MMA career. Nothing seemed to fix the pain in his spine, until he cut out all the junk food he was eating and got on a healthier diet. O’Malley credits the complete reversal of his back pain to the inflammation drop from removing most of the carbs and sugars from his daily routine.

When Petr Yan first invited Sean O’Malley and Henry Cejudo to corner him for his fight against Aljamain Sterling at UFC 273, O’Malley was interested. But as time went on, Yan began to throw some disrespect his way, saying he didn’t want their ‘s**t advice.’ That let to O’Malley changing his mind.

On an episode of his TimboSugaShow, O’Malley said:

“Yeah, I’m not going to corner that f**cking dude. I don’t care if he wins, I do like Petr though, he’s a funny little dude in person. I just want to f**cking square up with him, y’know.”

O’Malley and Yan both fight in the bantamweight division, so there’s a decent chance O’Malley will get to square up with Yan sometime in the future.