Sean O’Malley has given his take on what would happen if he fought Khamzat Chimaev. Unsurprisingly, ‘Sugar’ believes ‘Borz’ would dominantly defeat him if they were to ever clash inside the octagon.

In an appearance on the Jeff FM podcast, hosted by social media influencer Jeff Wittek, UFC bantamweight star Sean O’Malley discussed multiple topics. The Montana native spoke to Wittek and Mike Majlak about potential fights against some of the toughest fighters in the world.

O’Malley acknowledged he’s unlikely to beat some of the top fighters from the higher weight classes.

Additionally, in response to Wittek bringing up Chimaev during the discussion, O’Malley suggested he’d have no chance against ‘Borz’. He even indicated that some welterweights would want to avoid a scrap with the Chechen-born Swede.

“He’d f**k me up… Some of them [welterweights] are probably like, ‘Yeah. I want that fight.’ Some are probably like, ‘That motherf***er. That’s a tough fight…’ I think I have a pretty healthy outlook on fighting. I understand where I stand in the sport. I’ve been doing it for 11 years. I know who I can f**k up and who’ll f**k me up.”

Sean O’Malley is coming off a first-round TKO win over Raulian Paiva at UFC 269 in December 2021.

‘Sugar’ has expressed interest in facing former UFC champions Dominick Cruz and Jose Aldo. That said, his next fight and comeback date are yet to be confirmed.

Watch Sean O’Malley address a potential fight against Khamzat Chimaev in the video below:

The official UFC on BT Sport Twitter account recently tweeted screenshots from a conversation between Khamzat Chimaev and Gilbert Burns on Instagram. The DMs were initially posted by ‘Borz’.

In the messages, the No.11-ranked UFC welterweight Chimaev and the No.2-ranked Burns appeared to agree to fight one another on April 9, a date slated for the UFC 273 pay-per-view.

While the Chimaev-Burns matchup is yet to be officially announced, veteran UFC welterweight Stephen Thompson recently weighed in on it.

Speaking to MiddleEasy’s James Lynch, ‘Wonderboy’ backed Chimaev to win the much-awaited fight if it comes to fruition.

“He [Burns] is going to be submission-savvy in this fight. And Khamzat Chimaev is a strong wrestler, but he can strike as well. So, that’s a dangerous opponent for anybody out there, especially Gilbert Burns. He’s got the shorter reach. He’s the shorter opponent. And I hear Chimaev’s very tall, very long and he can put that to good use. I think Chimaev can win it.”

Catch Thompson’s interview with MiddleEasy below: 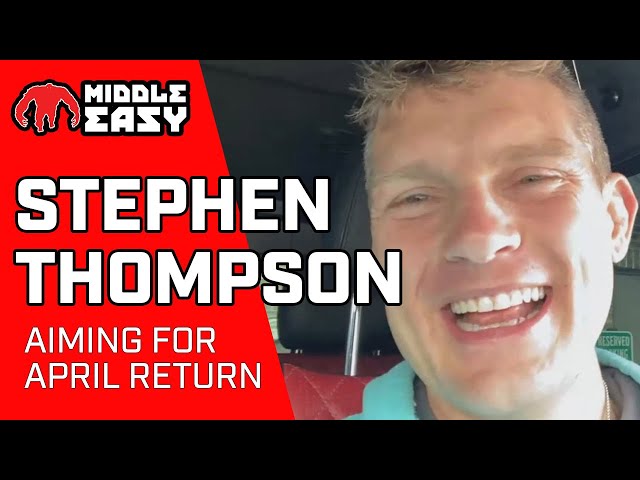