THE shirt worn by Manchester City striker Sergio Aguero when he scored a Premier League-winning goal is set to net £20,000.

The Argentine joyously peeled off the No16 top after his last-gasp goal clinched a 3-2 victory over QPR to ensure City won the 2011/12 title.

TV commentator Martin Tyler exclaimed “Aguerooo” as he scored in the fourth minute of added time on the final day of the season.

Now the unwashed shirt — still sporting champagne stains from post-match celebrations — is going under the hammer.

It was obtained by a City kitman, who later donated it for museum display. 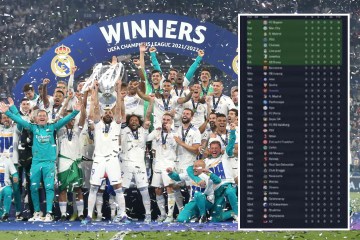 Diego Maradona’s shirt from the 1986 World Cup Hand of God match against England sold for £7.1million in May.