League of Legends’ new top lane strategy, where players take Janna to the Baron lane and equip her with Smite, has recently been growing in popularity.

This is a sort of a “funnel strategy” where the top laner sacrifices lane-farm and lane-priority to help teammates snowball in other parts of the map.

It exploits the new bounty system, and by leaving the lane frequently, the Janna player helps the opponent top laner rack up some bounty on their head, which along with the tower plates can be funneled into the carries on the team. 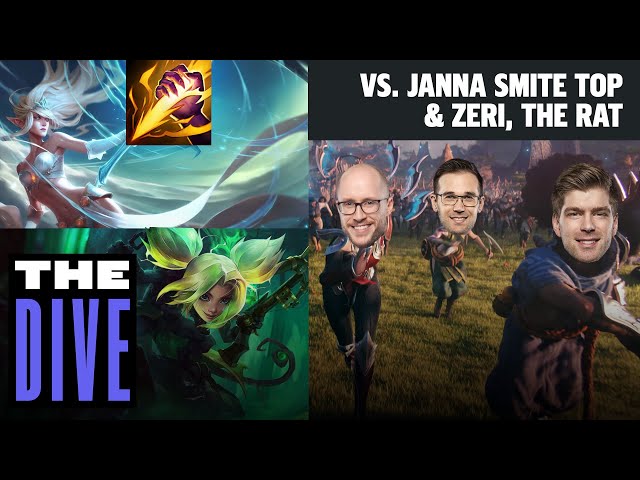 The strategy has seen an unprecedented amount of success lately. Even LCS casters and analysts Isaac “Azael” Cummings Bentley, Mark “MarkZ” Zimmerman, and Sam “Kobe” Hartman-Kenzler talked about just how viable it is in the higher elos in the latest episode of The Dive.

Needless to say, Janna’s win rate has skyrocketed and it sits at 58.06-percent (at the time of writing this article) in Master, Grandmaster, and Challenger, according to U.GG.

Smite Janna top is now being played enough to get recorded as a top laner on stats websites and boasts the highest winrate of any top laner in the game, 57.03%.

Smite Janna top is now being played enough to get recorded as a top laner on stats websites and boasts the highest winrate of any top laner in the game, 57.03%. https://t.co/QRyU1C5W8h

While other support champions like Zilean, Karma, and Lulu can be utilized for the same funnel strategy, it’s Janna who has seen the highest amount of success from it. One of the biggest reasons is that her base movement speed (which she gets from her passive) is the highest in League of Legends.

She is by far the fastest support in the game, and she can leave lane and travel all the way to bot in a very short amount of time. So in the early game, all players need to do is gain a fair bit of XP and then roam the map, invading the enemy jungle or helping the other lanes. 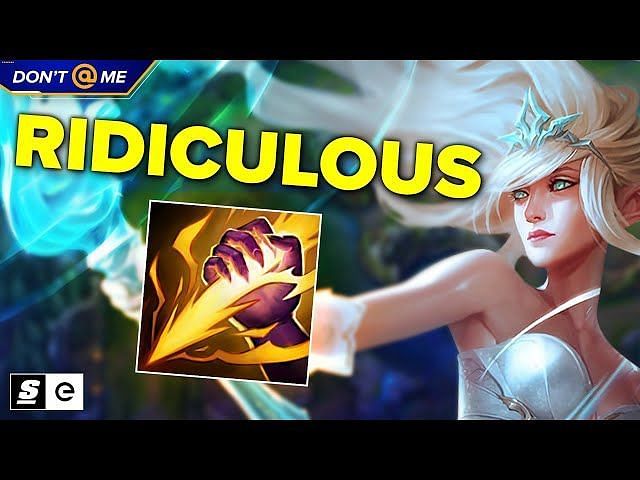 Tower fortification will make it hard for the opponent top laner to get plates early on, so Janna will be able to roam without having to worry about the state of her lane all that much.

This allows her to help the other lanes and snowball the rest of the team by making it significantly easier to take down objectives.

In a recent stream, Samson “Lourlo” Jackson, the top laner for Dignitas’ academy roster, opened up about why he feels that the funnel strategy is gaining so much momentum. He stated that the recent change to Teleport, which prevents players from incessantly spamming it in the early game, was one of the biggest benefactors towards this strategy.

Janna/Bard how many more days will we get of this till its nerfed?

twitch.tv/lourloJanna/Bard how many more days will we get of this till its nerfed?

Luorlo emphasized how terribly unhealthy this strategy is, and how, in the long run, it hurts the competitive health of League of Legends.

Hopefully Riot Games will look to address this in future patches as the strategy is currently breaking the game.