IT’S all to play for in the finale of Group D as Tottenham, Sporting, Eintracht Frankfurt and Marseille can all progress to the knockout stages.

Spurs sit top of the group on eight points after a controversial 1-1 draw against Sporting last week, with the Portuguese side in second ahead of Frankfurt and Marseille.

With Antonio Conte’s side travelling to France, they need just a single point to progress, with Marseille needing a win to qualify.

Sporting and Frankfurt’s qualification could depend on results elsewhere, with both sides going for the win on Tuesday night.

When is Sporting vs Eintracht Frankfurt? 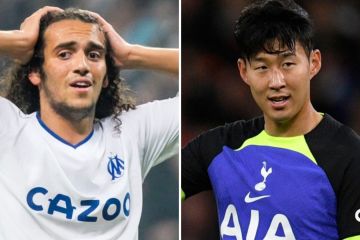 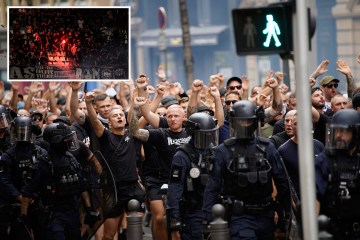 What TV channel is Sporting vs Eintracht on and can I live stream it?

Pedro Gancalves and Ricardo Esgaio are available for the hosts after serving a suspension against Tottenham.

Daniel Braganca and Luis Neto are set to miss the match through injury as Paulinho and Hidemasa Morita also picked up knocks and will likely miss out.

For Frankfurt, Tuta will return after serving a suspension himself against Marseille last week.

Christopher Lenz will remain out with a hip injury and Makoto Hasebe will not return after a knee problem.

Ansgar Knauff could return after being bback in training this week and will be hopeful of starting.

How difficult is it really for Glazers to sell Man Utd with owners making millions a week off New York Stock Exchange?