SPRINT star Ayanda Malaza suffered a heartbreaking injury during his bid for glory at the Commonwealth Games.

The 19-year-old broken down in tears as he was removed from the track in a wheelchair after pulling up in his 100m heat on Tuesday.

Malaza, from Eswatini, immediately looked to be in discomfort as he set off from the blocks.

The race had already suffered a false start when Nigeria’s Godson Oke Oghenebrume began too early.

And Malaza unfortunately tweaked something the second time around.

He collapsed to the ground as his rivals continued their surge towards the finish line. 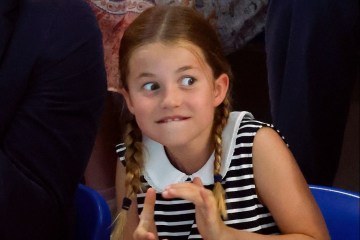 Malaza could be seen clutching his hamstring as he waved his arm for attention.

And medics quickly rushed to the scene as Malaza began crying.

There was no chance of the star being able to walk off the track.

And so a wheelchair was brought out to transport Malaza away for further treatment.

It’s not the first unfortunate incident to befall this year’s Games.

Cyclist Matt Walls escaped serious injury after crashing into the crowd at the London velodrome on Sunday.

And the women’s 10km Scratch Race saw a rider fall from her bike before being run over by an opponent.

Elsewhere, a female referee sensationally shrugged off being punched in the face by a super heavyweight male boxer.

And runner Victor Kiplangat managed to win gold in the men’s marathon – despite running the wrong way.

FASCINATORS, sky-high stilettos and frills have kicked off the...

TENNIS ace Eugenie Bouchard was forced to get her...
NFTNews