THE summer transfer window may be shut but there are several players who face uncertain futures with their contracts up next year.

And for those who missed out on a move, January presents another opportunity for them to complete a transfer.

That includes the likes of Youri Tielemans and Douglas Luiz, with Leicester and Aston Villa just about holding onto their stars amid interest from Arsenal.

There are many big-name players who could be available on a cut-price deal in January due to their contract status.

Here, SunSport takes a look at ten of those players.

The England star has a lot of interested suitors including Arsenal, Bayern Munich and Paris Saint-Germain, who considered a bid for the striker his summer. 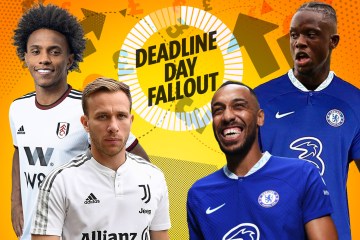 But Rashford, 24, is a firm part of Erik ten Hag’s plans and Manchester United would likely demand a significant fee to let him leave, even if his contract is expiring in June.

Chelsea will be keen to avoid a repeat of this summer when they lost Antonio Rudiger and Andreas Christensen for nothing – with Juventus already eyeing Jorginho.

But the Italian insists he loves the club and is 100 per cent focused on success with the Blues, while reports claim Chelsea will hold talks with his representatives about a new deal this month.

BETTING OFFER: GET £30 IN FREE BETS WITH SKY BET

Kante, 31, was also subject to transfer interest this summer due to his contract situation.

He is highly regarded by Thomas Tuchel but it is possible United could look to snap him up on a free, particularly if Chelsea want to sign Declan Rice as his replacement next summer.

Crystal Palace reportedly fear losing Zaha for nothing with the winger not planning to extend the 29-year-old’s contract.

Arsenal are long-term admirers while Chelsea considered a late bid this week after failing to sign first-choice Anthony Gordon.

United reportedly plan to offer Luke Shaw a bumper new contract worth £190,000 that will keep him at the club until 2026.

That would make him one of the highest earners in the squad despite his frequent injury issues, with the left-back, 27, at risk of losing his place in the side to Tyrell Malacia.

The Belgian, 25, was subject to intense transfer speculation but a proposed move to Arsenal or Newcastle never came to fruition.

Both clubs were likely deterred by Leicester’s £38m asking price so could try and snatch him away in January when he should be available for a much smaller sum.

Arsenal reportedly had three offers for the midfielder rejected by Aston Villa on deadline day.

Luiz, 24, was said to be open to the move so the transfer could be resurrected in January if the Gunners retain their interest in the Brazilian.

The highly-rated Barcelona youngster was of interest to Liverpool this summer with the Reds said to have been prepared to meet his £50m release clause.

However, it appears Gavi, 18, is more likely to extend his contract at the Nou Camp with club president Joan Laporta revealing negotiations were in the final stages.

The Slovenia international has been a faithful servant to Atletico Madrid over the past eight years but could be ready for a new challenge.

If he does run down his contract several clubs around Europe are likely to be put on high alert, with the likes of United, PSG and Chelsea linked to the 29-year-old in the past. 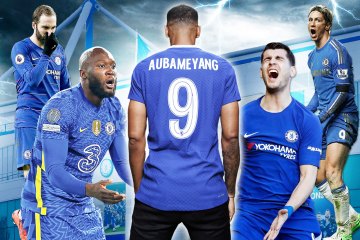 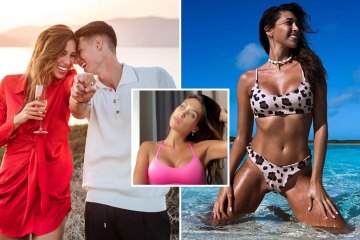 Chelsea and Tottenham wanted the Inter Milan centre-back this summer before moving on to other targets.

The 27-year-old is a key player for Inter so the Italian giants will likely pull out all the stops to get him to renew his deal amid interest from PSG.