TOMMY FURY makes his long-awaited return to the ring TONIGHT as he faces Rolly Lambert instead of Paul Bamba.

Fury was originally schedule to face Bamba, but there was a disagreement over what the contracted weight was for their bout.

The two sides failed to come to an agreement after Fury weighed in seven pounds heavier than Bamba, so in stepped Lambert.

Fury, 23, has not fought since April, when he defeated Daniel Bocianksi on the undercard of Tyson Fury vs Dillian Whyte in April.

A long-awaited bout against Jake Paul broke down for the second time in the summer.

The fight was confirmed for August, but the British light-heavyweight was withdrawn amid a US visa issue.

Lambert is the WBC and WBC Asia champion at cruiserweight, where the bout will now take place. 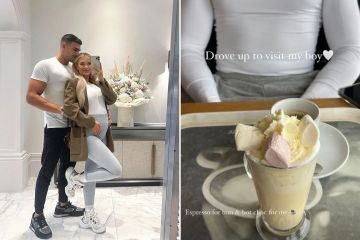 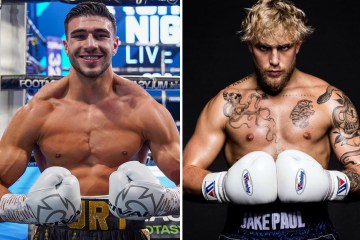 When is Tommy Fury vs Rolly Lambert?

The fight is chief support before Floyd Mayweather vs Deji, and ring walks are expected around 9pm UK time.

What live stream and TV channel is Tommy Fury vs Paul Bamba on?

What is the full fight card?

Floyd Mayweather vs Deji headlines the huge card in Dubai.

While Conor Benn’s brother Harley is also fighting on the show.

I’m gutted… £100,000 was all mine until it got ripped away by just inches in unbelievable finish to horse race