Fury’s bout with Bamba, set for the undercard of Floyd Mayweather’s exhibition with YouTuber Deji, was scrapped amid a weight issue.

Instead, he remains on the card and SunSport understands 15-1-1 Lambert, a career cruiserweight, has been lined up to fill in.

Bamba, 33 was left fuming a day before the fight after he scaled within the 175lb light-heavyweight limit, while Fury came in at 181.4lb.

And the American ruled himself out after no compromise was met between the opposing camps. 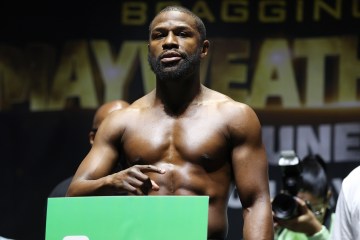 Fury claimed he DID make the contracted weight in his agreement, which differed to Bamba’s.

And with just a matter of hours to go, he confirmed he will still fight.

Bamba is the current WBC and WBA Asia champion, with 12 knockouts to his name from 17 fights.

It is over double Fury’s 8-0 record and marks his biggest step up in competition.

Champions League football WILL go ahead for Chelsea, Liverpool, Man City and Tottenham after death of The Queen