Beauty is subjective, but not when you are admiring your favorite NBA superstars cook their opponents with their footwork. These NBA players make basketball look like a work of art, having honed their skills on the hardwood floor after hours of practice on the court.

When such players are faced with a one-on-one situation with a difficult defender to contend with or when they get double-teamed, they find a way out of the sticky situation thanks to their superior technical skills and feet movement. They may not be lighting it up from downtown or going for a high-flying acrobatic dunk in that moment, but they still leave you gob-smacked with their ability to score even with the entire defense focusing on them.

With this perspective, we take a look at five NBA superstars who exhibited such great footwork that they made basketball look like poetry in motion.

Nowitzki, the 2011 Finals MVP, was never blessed with innate athleticism. But the one thing he had was incredible footwork, which covered up for his lack of speed and agility. How many times have we seen Nowitzki operating in the low post, with his back towards the basket, wearing down his opponent by banging his bigger frame against the defender, only to either turn around and hit his patented one-legged fadeaway over the defender, or slip right under him just as the defender over commits to blocking Nowitzki. 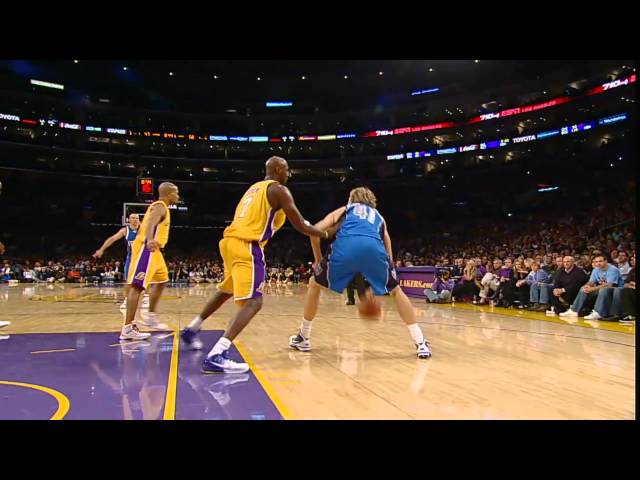 Nowitzki also had the ability to dribble the basketball, then brake suddenly, lean in the other way and make an off-balance shot. All of this was largely possible because Nowitzki was a special talent, but he also had great inputs from German coach Holger Geschwindner who taught him several techniques of operating on the basketball floor.

Carmelo Anthony has a poor reputation on defense. He is also considered a ball-hogger, someone who doesn’t necessarily make the right play. But one thing is for certain, Anthony can ball. No matter who is defending him, Anthony has shown the capability of scoring against the best of players in the league. 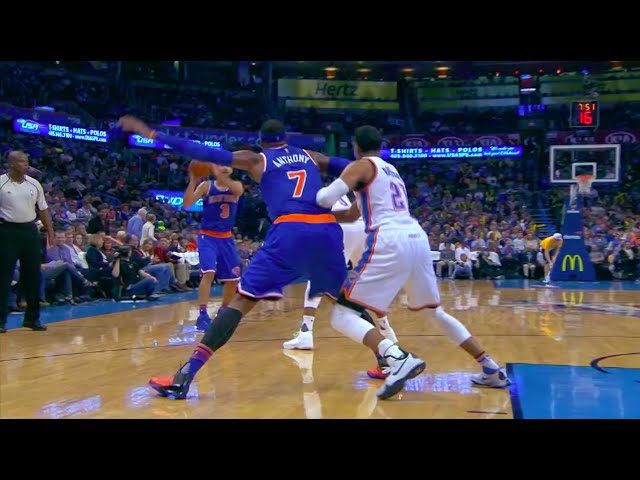 Blessed with good physical strength, Melo is a monster on the lblock. Give him the ball there and he will cook his defender with a series of dribble steps and head fakes. His ability to finish with both hands, go up-and-under or casually take a step-back jumper makes him one of the best in the business.