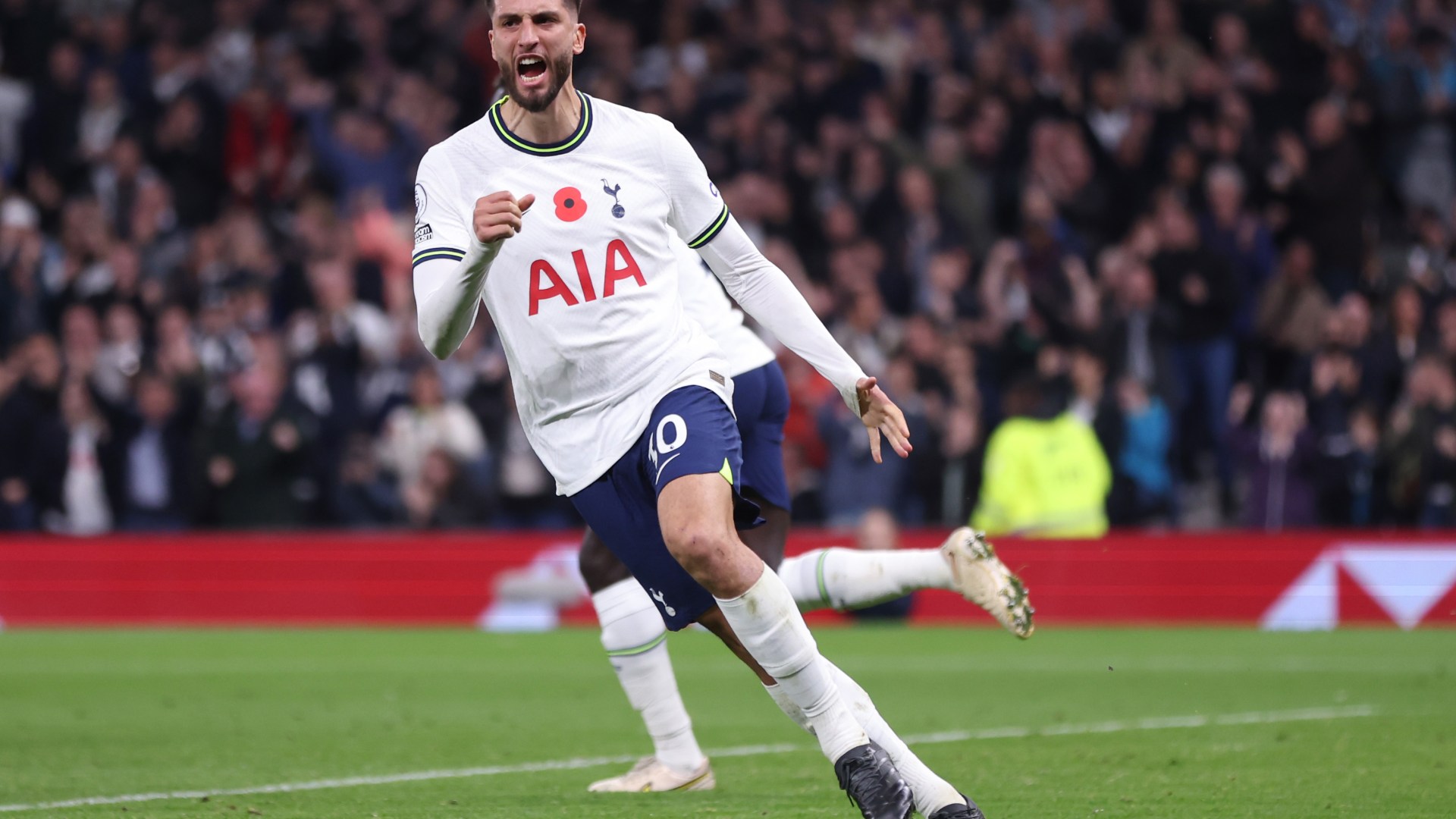 STEADY on fellas, don’t you know there’s a World Cup in a few days?

With just over a week to go until Qatar kicks off, you would half expect these teams to be phoning it in.

Especially when 11 of the 22 starting here will be representing their nations in the Middle East.

Spurs won it in the end, despite being a goal down on THREE occasions.

Uruguay’s Rodrigo Bentancur was the hero, netting a quick-fire brace to take Spurs from 3-2 down to 4-3 up with seven minutes to play. 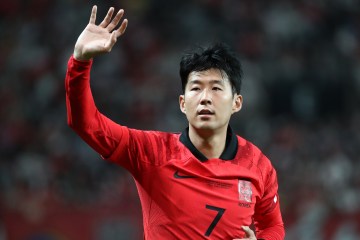 That was after Harry Kane had ruled out Crysencio Summerville’s opener, then Ben Davies had chalked off a volley from Rodrigo, who then struck again with a belter.

To end up on the losing side was very harsh on Leeds boss Jesse Marsch, who saw Tyler Adams sent off for a late second yellow card.

But for Antonio Conte, it was the perfect send-off ahead of the upcoming break as Tottenham are now sitting pretty in the top four and through to the last 16 of the Champions League.

The game exploded into life virtually from the first kick and the break-neck pace did not let up.

That has not always been the case for Spurs’ games this season – but what was depressingly familiar for their fans was watching them fall behind.

Summerville’s opener meant the North Londoners have conceded the first goal in their last EIGHT fixtures in all competitions.

It was a blistering counter-attack from Jesse Marsch’s men, with Rasmus Kristensen heading on a goal-kick to Brenden Aaronson, who played through Summerville.

The Dutch kid still had much to do as he cleverly got the ball out of his feet, raced past Eric Dier and beat Hugo Lloris at his near post.

The strike was his fourth in as many games, only this time it was the opener rather than last-gasp, as had been the case against Fulham, Liverpool and Bournemouth.

Frustrations around the ground grew even louder when the much-maligned Emerson Royal blazed a sitter over from ten yards.

Livewire Summerville could have had a second soon after as he went storming onto another Aaronson through-ball, but this time he could not beat Lloris.

Then came Spurs’ equaliser, through, who else, but Kane.

Leeds were fuming as they felt keeper Illan Meslier was impeded by both Richarlison and Clement Lenglet as he flapped at an Ivan Perisic corner, clearing it only to the England skipper.

Ice cold, Kane controlled the loose ball, taking it round Tyler Adams before burying it with typical ruthlessness.

Gareth Southgate would have nervously watched on from his Harrogate home as Kane, already wearing an arm support due to an elbow cut, went down after colliding with Pascal Struijk.

Kane hobbled it off but minutes later his side were behind again, and in part due to his missed header.

He failed to clear Liam Cooper’s looping ball, allowing Kristensen to flick on and there was Rodrigo with a belting volley.

Not for the first time this season Spurs went off at half-time to a smattering of boos.

But the jeers turned to cheers on 51 minutes as Conte’s men levelled again, with Kane playing a central role.

His goalbound shot hit Kristensen and rebounded out to Davies, who walloped a first-time effort that somehow went through Meslier and over the line.

Yet this Leeds side have shown in recent weeks they both have the quality and the resilience to mix it with anyone in the Premier League.

And so they proved it yet again as they retook the lead in spectacular style on 76 minutes.

Spurs wanted a foul on Rodrigo Bentancur by Adams in the build-up but referee Michael Salisbury was not interested.

It allowed Marc Roca to find Rodrigo on the left side of the penalty area but the Spaniard still had so much to do from such a tight angle as he brilliantly found the far corner.

But… Spurs are no strangers to being up against either, as proven against Chelsea, against Bournemouth, against Marseille.

Bentancur restored parity by skilfully controlling the ball with his chest and firing home on the half-volley via deflection.

And two minutes later, he sealed the points when tapping home from a Dejan Kulusevski cut-back to end a barmy game that made a mockery of those who thought the handbrake would be on in these final round of fixtures.