Tyler Rust on why his WWE release was unexpected

Former WWE Superstar Tyler Rust recently appeared on It’s My Wrestling Podcast and opened up on his release.

He reported to the Performance Center in December 2020 and was released last August. During that period, Tyler Rust had a brief stint on WWE NXT in 2020-21.

Rust detailed his WWE release in his latest interview with It’s My Wrestling Podcast. He revealed that he was getting tons of positive feedback from higher-ups and was told they enjoyed his work.

Check out Tyler’s full comments below:

“Yeah, I mean, of course it was a big shock you know. Everything we’re getting told at that point was nothing but extremely positive, insights from anybody that’s running NXT. It was all very positive feedback from everybody, how much they really enjoyed the work I was doing, how much they enjoyed the work that me and Roddy (Strong) were doing as a team there. Malcolm’s obviously an incredible mouthpiece, Hideki was a force to be reckoned with.”

He recalled getting positive feedback from veteran and WWE producer Fit Finlay. While Rust thought he was on the right path, the news of his release came out of nowhere.

“I remember I worked a lot with Fit Finlay at the time and he was always very hands on with Diamond Mine stuff that we were doing to try and give more of that realistic touch because Finlay is incredible. He was always telling me this is some of the best work I’ve seen you do here… And then like, yeah, two weeks later, I get the phone call that I’m released and I’m like, Okay, well, that’s unexpected,” said Rust. [H/T Chris Deez of It’s My Wrestling Podcast]

Tyler Rust was put on NXT TV immediately after making his way to the WWE Performance Center. He established himself as a heel upon his move to NXT, portraying the role of Timothy Thatcher’s student. 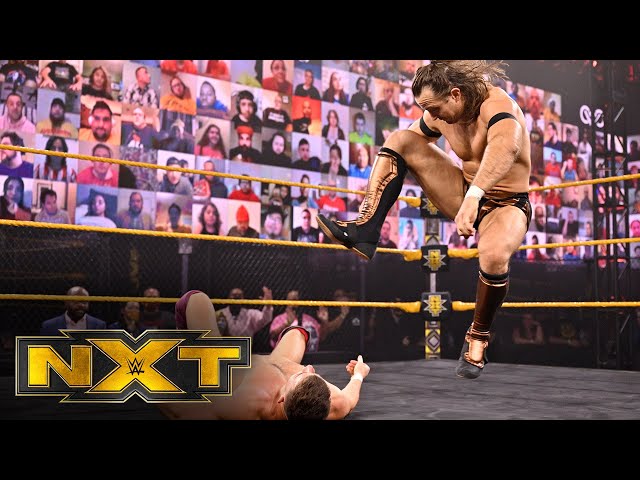 Rust was later seen backstage with Malcolm Bivens. The duo soon became part of Diamond Mine, alongside Hachiman and Roderick Strong. However, before Rust could do anything of note on the black-and-gold brand, he was released by WWE on August 6, 2021.

Rust wrestled a handful of bouts on TV and bagged three victories. He defeated Ariya Daivari, Dante Rios, and Bobby Fish. In his last match on NXT, Rust teamed up with Roderick Strong in a losing effort against Bobby Fish and KUSHIDA.

Did you know that Vince McMahon and Nick Khan apologized to a released WWE Superstar? Details here.

Good morning Arsenal fans Arsenal will step up their...
NewsWeekPRO