Tyson Fury and Derek Chisora tale of the tape: How two rivals compare ahead of trilogy as talks of December fight start

TYSON FURY has reportedly reached out about the possibility of a trilogy fight against fellow British heavyweight Derek Chisora.

He said: “Listen, Frank Warren and The Gypsy King’s posse, just tell me when, what time and where and I am there.

Chisora’s promoter Eddie Hearn then added fuel to the speculation by claiming his man had been approached about fighting Fury in December, despite The Gypsy King announcing his retirement earlier this year.

The Matchroom Boxing chief told iFL TV: “I think someone from Tyson’s team has reached out to Chisora about fighting him in December. 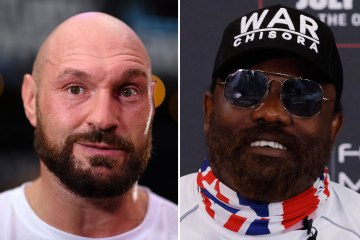 “Who knows whether he’s gonna come back? I don’t know.”

As a result, SunSport has taken a look at how the two men match up ahead of a possible third showdown.

WBC champion Fury, 33, is five years younger than Chisora despite having made his professional debut just 20 months later.

Fury is also unbeaten in 33 pro bouts – with the only blemish on his record coming in a controversial draw with Deontay Wilder in December 2018.

By contrast, Chisora has lost 12 of his 45 fights.

The only real statistic Chisora competes with Fury in is their number of KOs – 23 apiece – but Fury’s KO ratio remains higher as he has had fewer bouts.

And when it comes to physical characteristics, there is only one winner.

Fury is naturally more than a stone heavier than Chisora, over seven inches taller, and has an 11-inch reach advantage.

What’s more, Fury is able to switch between orthodox and southpaw stances, whereas Chisora can only box as an orthodox fighter.

But perhaps the most pertinent detail when looking at the two men is their previous fights against one another. 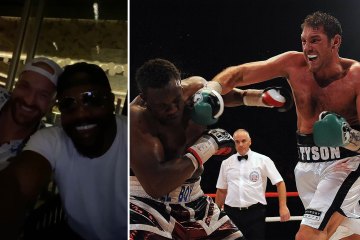 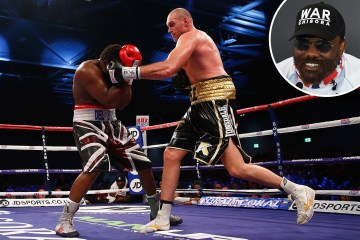 Fury boxed to a comfortable unanimous decision points victory during their first clash more than a decade ago.

And then when they met again in 2014, Fury produced an even more convincing display as he battered Chisora before forcing him to retire on his stall at the end of the 10th round.

With everything considered, all roads point towards another Fury win if the two were to meet again later this year.

MMA fans have taken aim at the UFC for...