MIKE TRIZANO has called the decision to ban fighters from wearing their country’s flag on clothing “ridiculous.”

The UFC upset fighters earlier this year when they imposed a ban on carrying flags into the octagon ahead of fights.

And now, brawlers are not even allowed to show the flag on articles of clothing.

MMA ace Trizano was one of those impacted by the flag ban in May, as he always carried out an American flag.

Since then, he has taken to wearing a hat bearing the red, white and blue.

But Trizano was given some bad news before last night’s win over Seungwoo Choi at UFC 281. 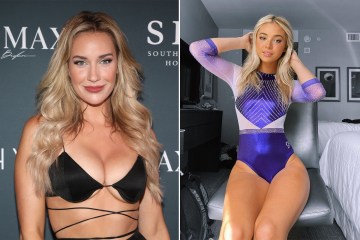 He claims sporting beaks informed him he was not allowed to wear his colourful hat any longer… on Veteran’s Day.

The news was delivered before Trizano’s weigh-in on Friday.

And the fighter has slammed the verdict as “ridiculous”, especially considering the day he was told.

Trizano said: “You guys know I always walk out with my American cowboy flag and cowboy hat.

“I had it in the bag during weigh-ins and they came up to me and went ‘You can’t wear this’.

“I was like ‘What are you talking about, I wear this every single time’.

“It’s never an issue, it’s not like I’m walking out with the flag, because they have that whole thing with no flags now.

“They told me I couldn’t walk out with my American flag hat right before the weigh-ins and told me because it’s got a flag on it, I can’t wear it.

“It must come from the top, I’m not blaming any one person, but I think it’s a little ridiculous.”