POOR Ross Barkley can’t seem to do anything right at the moment.

Not only is the midfielder nowhere near the Chelsea team, he was also left red-faced on the Blues bench during the 6-0 hammering against Southampton.

Boss Thomas Tuchel was afforded the luxury of being able to bring Thiago Silva off just after the hour mark due to the hefty six-goal cushion.

The ageing defender will no doubt be wrapped in cotton wool ahead of the crucial Champions League quarter-final second leg against Real Madrid on Tuesday.

And as Silva made his way off the pitch at St. Mary’s, he high-fived Kai Havertz on the bench after a job well done.

But one man who he didn’t acknowledge was Barkley. 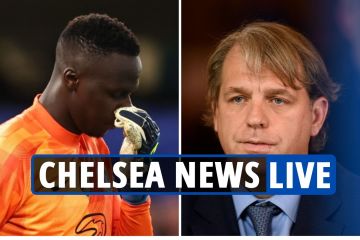 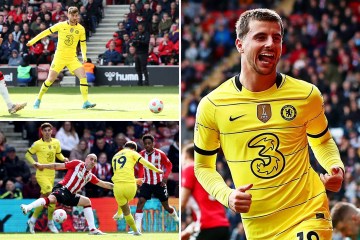 That’s despite the 28-year-old continuously holding his hand out in an attempt to get Silva’s attention.

He even leant in closer to try and high-five Silva, but the Brazilian was far too focused on waving towards the Chelsea away fans who were singing his name.

Even after Silva stopped waving, he still failed to put Barkley out of his misery.

Chelsea fans were left recoiling following the awkward incident, as one wrote on social media: “Ooof, that was hard too watch.”

And another savagely added: “Guess we ain’t the only ones who forgot Barkley exists.”

The Blues outcast has started just ONE Premier League game this campaign, spending the majority of the season watching on from the bench.

Barkley in fact hasn’t played a single minute of action since a 24 minute cameo in the FA Cup third round win over Chesterfield on January 8.