THIS is the moment Vinicius Jr ‘erased Fernandinho’s career’ before running from his own half to score.

The stunning piece of magic occurred during Manchester City’s 4-3 win over Real Madrid in the first leg of their Champions League semi-final showdown.

Vinícius Júnior, THAT IS CLASS! 🤩

What a run and finish! 💥#UCL pic.twitter.com/UUvILhtzLu

Phil Foden put City 3-1 up in the 53rd minute, seemingly putting the tie beyond Real’s reach.

But Vinicius Jr had other ideas as the visitors took a quick kick-off.

Picking up the ball on Real’s left flank, while still in his own half, Vinicus Jr latched on to a pass while being closed down by Fernandinho, filling in as a makeshift right-back.

But instead of taking the ball to feet, Vinicius Jr dummied and turned, leaving Fernandinho for dead. 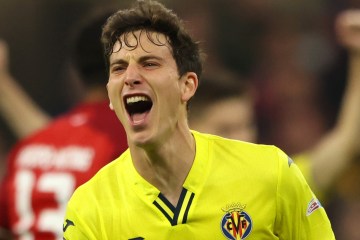 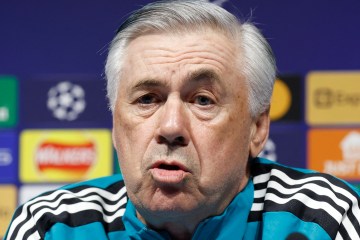 The Brazilian winger then sprinted down City’s right side before cutting in and lashing the ball past compatriot Ederson.

The masterful goal had fans gushing on social media.

One beamed: “Fernandinho’s career has been erased by Vinicius Jr.”

One quipped: “Sent Fernandinho to retirement.”

Another noted: “Fernandinho thought he was prime Cafu for less than a minute before Vinicius brought him back to reality.”

One added: “Fernandinho got sent back to the bench.”

The hosts were 2-0 up nine minutes later through Gabriel Jesus.

But Karim Benzema pulled one back for Real in the 33rd minute.

Bernardo Silva then looked to have put the game to bed when he made it 4-2 with 15 minutes left.

But Benzema had the final say when he slotted home a cheeky penalty in the 82nd minute, setting up a stunning second leg at the Bernabeu next week.