Former Liverpool skipper Carragher was ignored by Ronnie in August during a pre-match interview on live TV.

Carragher has been a vocal critic of Ronaldo since his return to United in 2021.

And the Portuguese legend repaid in kind by embracing all the pundits present bar Carragher.

However, it was Neville’s turn to feel Ronnie’s wrath ahead of United’s clash with West Ham.

The former right-back was embroiled in a heated argument with ex-teammate Roy Keane last weekend over Ronaldo’s recent contributions. 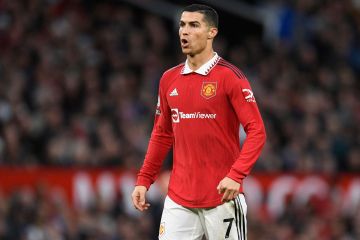 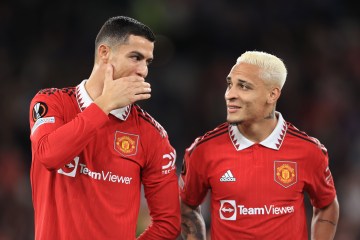 Neville was critical of the striker’s strop in the previous game against Spurs as Keane put up a fierce defence.

And today, Ronaldo treated Neville with a similar coldness as he blanked the pundit in front of the nation.

He instead warmly embraced another ex-United pal in Louis Saha.

And Ronaldo even gave Jamie Redknapp a handshake before totalling ignoring Neville to join United’s warm-up.

This prompted Carragher to tweet: “Welcome to the blanked by Ronaldo club @GNev2.”

Neville himself poked fun at the incident on air, saying: “We’re off the Christmas card list.”

One tweeted: “Imagine being so insecure you ignore everyone who criticises you.”

One declared: “People calling Ronaldo a baby acting like they would say hi to someone constantly criticising them.”

Another added: “Gary outed him for being a crybaby and he’s proved him right there.”