What David Beckham’s kids are up to, from starring in football to cooking, $3m celeb weddings and releasing pop music

FORGET David and Victoria Beckham, it’s their kids that are making waves in the world.

On Sunday, Romeo Beckham, 19, showed he was a chip off the old block – scoring a brilliant free-kick for Inter Miami reserves.

While Brooklyn Beckham, 23, is trying his hand at becoming a professional chef – leaning on dad’s pal Gordon Ramsay for cooking tips.

Cruz Beckham, 17, appears to be the pin-up of the siblings – and has set his sights on becoming a pop star just like his mum.

And Harper Beckham, now 11, appears to be following Victoria’s footsteps as a fashion queen.

These kids are alright. 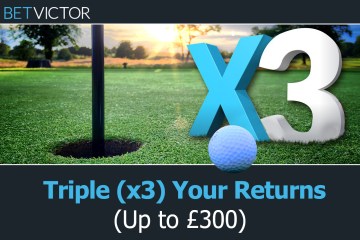 Born in London, he was famously named Brooklyn after his mum revealed he was conceived in New York.

At 15, he refused to live off the family name – working in a coffee shop at weekends to make a bit of extra pocket money.

He initially looked at playing football – training at the Arsenal Academy. However, he left in 2015 after failing to receive a scholarship.

Andy Murray gave him some tennis lessons, but Brooklyn wasn’t going to pursue that as a career.

But it was magazine culture that soon caught his eye, modelling for the likes of  Vogue China, Miss Vogue, Interview, L’Uomo Vogue – and getting snapped by famed photographers including  Bruce Weber, Terry Richardson, Daniel Jackson and Alasdair McLellan.

He enrolled on a photography degree at Parsons School of Design at the New School in New York – then released his first book with Random House called What I See, and interned for Rankin.

Most recently, Brooklyn has turned his hand to becoming a professional chef – and has taken cooking tips from family friend Gordon Ramsay.

If he’s yet to find his vocation in life, he’s certainly found his love.

From a young age it looked like he would become a pro footballer.

Between 2014-2015, he played in Arsenal’s Academy – and he’s a massive Gooner, often seen sitting in the stands at the Emirates alongside his dad.

But getting released by the Gunners left the youngster heartbroken, and he turned his back on football for five years.

In the interim, he played tennis like Brooklyn – and also got guidance from two-time Wimbledon champ Murray.

In 2020, Romeo said he was giving football another go – which was met by support by David, who soon replaced the tennis court at the family home with a football pitch instead.

Last year, he joined Inter Miami – the MLS team owned by his dad – and plays in their reserves – also earning himself a five-figure sponsorship deal with Puma.

He made his competitive debut against Toronto FC in a 2-2 draw, alongside David’s former team mate Phil Neville’s son, Harvey.

Blessed with good looks, Cruz is clearly going to break a few hearts as he grows up.

He was born in Madrid, when his father played in LaLiga for Real Madrid.

Unlike Brooklyn and Romeo, football has never been on Cruz’s agenda.

Instead, it’s mum Victoria he is seemingly most like – with a burgeoning music career in the works.

At the age of 11, he released his first single – the Xmas song If Everyday Was Christmas which peaked at No7 in the iTunes chart.

He has now signed to Tap Music – who helped launched the career of Dua Lipa, Ellie Goulding and Lana del Ray – and has been compared to pop superstar Justin Bieber.

Next task will be to find himself a record deal and start releasing his own songs.

The youngest of the brood, Harper is clearly doted on by David – who regularly shares Instagram snaps of them together.

Now she’s turned 11, she is beginning to find her own style too – and looks like mother Victoria’s love of fashion has rubbed off on her.

She celebrated her birthday in a £1,600 designer gown from Zimmerman – matched with Nike trainers.

While, summer dresses and Doc Martens boots are also staples when it comes to her style.

There’s no doubt that this kid has the most enviable wardrobe of any 11-year-old.

And it might be in fashion where Harper lands on her feet. She has accompanied her mum to Paris Fashion Week regularly – appearing dazzled by the creations on show.

A possible future career as a designer is definitely in the offing.

For now, though, the world is Beckham’s kids’ oyster.

CORAL are giving new customers £20 in free bets. And...

SPORTING INDEX are offering punters a cracking £20 in...