What Minecraft players should know about the Warden

Originally slated to be released during Minecraft’s Caves & Cliffs update, the Warden mob has been pushed back to arrive during The Wild Update instead.

Coming to Minecraft in lockstep with its home biome, the Deep Dark, the Warden is a powerful boss-like mob that possesses some truly unique mechanics.

As a blind creature, the Warden is unable to see its targets. Instead, it relies on its acute hearing and its ability to feel vibrations made through the sculk material that covers much of the Deep Dark.

Few mobs have taken the community by storm like the Warden, and it’s worth looking into what is known about the creature.

What is known about the Warden in Minecraft so far

A looming protector of Minecraft’s most shadowy biome, the Warden is incredibly powerful and durable. In most instances, it is summoned when players have triggered too many sculk shrieker blocks in the Deep Dark, which will make shrill screaming noises when disturbed. Once enough shriekers have been disturbed, the Warden will rise from the ground to address the situation.

Since it is incapable of sight, the Warden must rely on feeling vibrations, its hearing, and its ability to smell players or mobs. If it doesn’t sense anything after 60 seconds, it will go back down into the ground and leave the locale. Otherwise, it will lumber about attempting to investigate anything it finds suspicious. 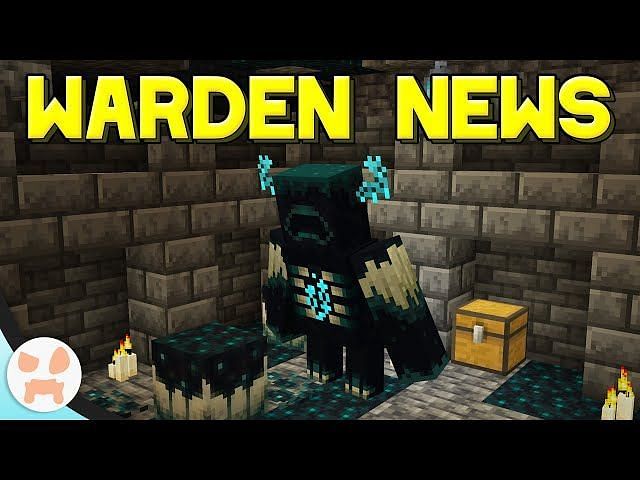 When it detects a vibration in Minecraft, the Warden’s horn-like growths illuminate and wiggle much like sculk sensor blocks. If it does detect a player, fleeing is advised, as the boss-like mob is strong enough to kill players in a few hits even when fully armored with quality gear.

The Warden is capable of doing 16 hearts’ worth of damage in a single strike and can even prevent players from using pillaring strategies. The creature possesses the same movement speed as a walking player. It has a total of 250 hearts’ worth of health, making it incredibly difficult to defeat through traditional means. The best option for many players who are facing the Warden is to sprint away and hide until it loses interest. 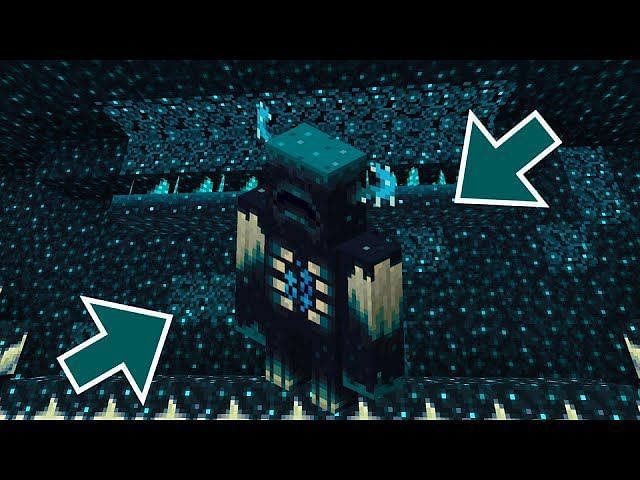 One of the most helpful tips for Minecraft players who are trying to avoid the Warden is to listen to the heartbeat sound the mob emanates. The core in the Warden’s chest beats faster and louder as it closes in on its target and becomes more aggressive in its search.

If players are hoping to avoid the Warden, they’ll need to avoid disturbing nearby sculk shriekers and make as little noise and movement as possible. They can also wait for the creature’s ominous heartbeat to fade as it searches elsewhere.