Harmony Montgomery, a seven-year-old girl from New Hampshire, has reportedly been missing since 2019. A “missing” alert for the child was issued on December 31, 2021, two years after her disappearance.

On January 4, 2022, the child’s father Adam Montgomery was taken into custody in relation to assaulting his daughter in 2019. He reportedly refused to provide any information about Harmony’s whereabouts following his arrest.

Manchester Police received a report this week that Harmony Montgomery has not been seen since late 2019. The circumstances surrounding this prolonged absence are very concerning and are being thoroughly investigated.

Manchester Police received a report this week that Harmony Montgomery has not been seen since late 2019. The circumstances surrounding this prolonged absence are very concerning and are being thoroughly investigated. https://t.co/WdOEF8X2Uz

Meanwhile, Harmony’s mother Crystal Sorey also told authorities that she had failed to see her daughter in-person since 2019. The child was last seen in October 2019 and officials mentioned that the circumstances of the “prolonged absence” is “very concerning” and are being actively investigated.

Everything to know about Harmony Montgomery’s parents

As per reports, both Crystal and Adam struggled with addiction issues in their lives and both their children were often placed in foster care. Following their separation, Adam received Harmony’s custody while Jamison was adopted by Washington-based TV anchor Blair Miller and his husband, Johnathon.

According to The Daily Mail, official records suggest that Adam Montgomery had a large criminal history. He was reportedly charged with “burglary, stalking and first-degree assault” in New Hampshire in 2007.

He was also charged with “armed robbery and assault with intent to murder during a drug deal” in Massachusetts in 2014. However, his charges were reportedly downgraded. He was once again arrested this week in relation to assaulting his daughter in 2019.

It is not known when Crystal and Adam separated but the latter married a woman named Kayla Montgomery. Following Harmony’s disappearance, Crystal told police that she had lost her daughter’s custody in the past partly due to “substance abuse issues.”

Crystal has reportedly maintained a close relationship with her son Jamison’s adoptive parents. She is also actively using her social media to post about her daughter’s disappearance while seeking help from the public for the investigation.

What happened to Harmony Montgomery?

Harmony Montgomery and her brother Jamison spent much of their childhood in foster care until the latter was adopted by Blair Miller and Johnathon. At the time, the adoptive parents were told that Harmony had been returned to her biological father.

More recently, Blair and Johnathon attempted to contact Harmony to send her gifts from her brother. However, they failed to reach the child and ended up contacting her biological mother.

Crystal informed that she had made repeated unsuccessful attempts to contact her daughter and the father of her children. She finally connected to Adam’s family and learned that Harmony Montgomery was in danger. 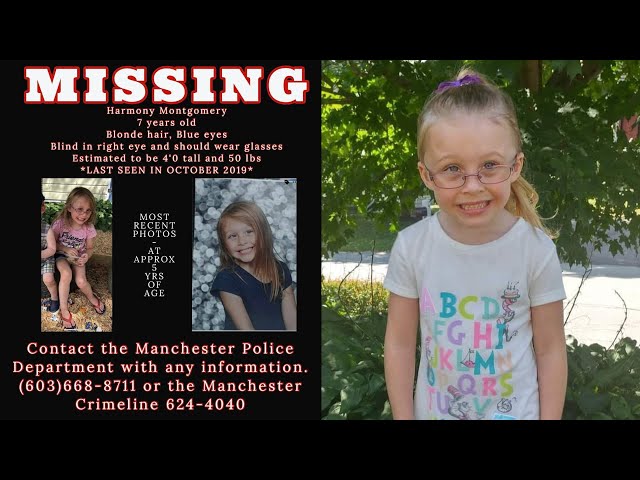 Harmony Montgomery’s case first came to light on November 18, 2021, after her mother told the Manchester Police Department that she last saw her daughter in a “frightened” condition on a Facetime call in April 2019.

On December 27, 2021, authorities started tracking Adam Montgomery and his family members. They eventually spoke to Adam’s brother Michael Montgomery, who told officials that his brother was “super short” with Harmony.

Harmony’s great-uncle Kevin Montgomery shared that Adam reportedly gave his daughter a black eye around July 2019. He mentioned that the assault was reported to the Department of Children Youth and Their Families (DCYF), but it is not known if the complaint was investigated in the past.

Kevin said he last saw the child during a family dispute in 2019, where she “looked like a scared puppy.” Following the concerning situation, Adam Montgomery reportedly blocked the majority of his family members from coming into contact with Harmony. 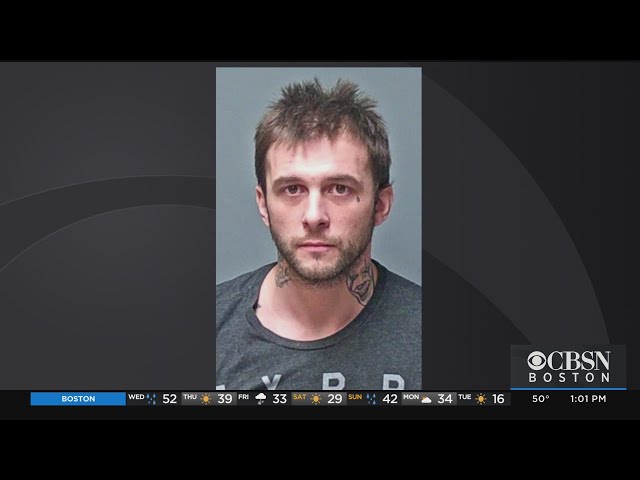 According to the official affidavit, Adam’s ex-wife Kayla Montgomery said she last saw the child in November 2019. She mentioned that Adam told her he was driving Harmony Montgomery to her biological mother’s place:

“Adam said that he was driving [Harmony] back to Crystal who was living in Lowell, MA, at the time. Kayla claimed she never saw, or heard about [Harmony] after that day.”

On January 4, 2022, Adam Montgomery was charged with “felony second-degree assault” in relation to his 2019 conduct against his daughter. He also faced “one misdemeanor charge of interference with custody, and two misdemeanor charges of endangering the welfare of a child.”

Adam was expected to be arraigned at Hillsborough County Superior Court North on January 5, 2022, and is reportedly held without bail. Meanwhile, Manchester Police Chief Allen Aldenberg said that authorities are still investigating the case as a “rescue and not recovery.”

Harmony Montgomery is described as 4ft tall, weighing 50lbs with blonde hair and blue eyes. She is likely to be wearing glasses due to being blind in her right eye.

Authorities have also joined hands with the FBI, opened a 24-hour tip-line, and announced a $33,000 reward for public information about the missing child’s whereabouts.