Karen Read, a 41-year-old woman from Mansfield, has been charged with manslaughter for allegedly killing her boyfriend, John O’Keefe. She is accused of running over the Boston police officer and leaving him for dead in a snowbank last week.

According to The Boston Globe, Read partied with O’Keefe on Friday night and dropped him off at an afterparty in a friend’s house in the early hours of Saturday. The house is located near 34 Fairview Road in Canton.

A woman has been arrested in connection with the death of #Boston Police Office John O’Keefe. Karen Read, 41, will face several charges in Stoughton District Court this morning, including motor vehicle homicide @wbz

A woman has been arrested in connection with the death of #Boston Police Office John O’Keefe. Karen Read, 41, will face several charges in Stoughton District Court this morning, including motor vehicle homicide @wbz https://t.co/sFaoO7Sx8G

However, an intoxicated Read allegedly struck the officer with her SUV while making a turn as she left. The following morning, she noticed her damaged vehicle and began searching for her boyfriend, unknown of his whereabouts.

Read reportedly contacted a friend and drove back to Fairview Road while attempting to remember what happened the night before. As per The Daily Mail, her friends stated that she was still intoxicated in the morning and could not recall the events of the previous evening.

Shortly after, Read and her friends found O’Keefe lying unconscious in the snow, bleeding from his nose and mouth. He also had deep cuts on his arms, swollen eyes and a fractured skull. The woman reportedly attempted to resuscitate her boyfriend and told first responders:

O’Keefe was immediately taken to Good Samaritan Hospital but was pronounced dead on arrival. In addition to being a 16-year veteran of the police force, the 46-year-old was also the sole caregiver of his orphaned niece and nephew.

The Boston Police Department was left shocked at the officer’s tragic demise and said he was “an exemplary guardian, son, brother, uncle and friend.”

Everything to know about Karen Read

Karen Read is a finance professor from Mansfield. She was recently charged with “manslaughter, motor vehicle homicide and leaving the scene of a collision” for allegedly running over her boyfriend, John O’Keefe, in an intoxicated state.

Read reportedly started dating O’Keefe two years ago and was with him until his death last week. She was arraigned in a Massachusetts courtroom and pled not guilty on the charges made against her in connection to her boyfriend’s death.

#HAPPENINGNOW: The woman who’s been arrested and charged in connection with the death of Boston Police Officer John O’Keefe has arrived at Stoughton District Court. 41-year-old Karen Read is set to be arraigned on several charges including manslaughter #7News

#HAPPENINGNOW: The woman who’s been arrested and charged in connection with the death of Boston Police Officer John O’Keefe has arrived at Stoughton District Court. 41-year-old Karen Read is set to be arraigned on several charges including manslaughter #7News https://t.co/LZBUkFcI5P

Defense Attorney David Yannetti said that “manslaughter is a tremendous reach” in Read’s case. He argued that she did not have any “criminal intent” and was left “devastated” with the incident:

“I will tell you that my client has no criminal intent. She loved this man. She is devastated at what happened and she is innocent and that will come out at trial.” 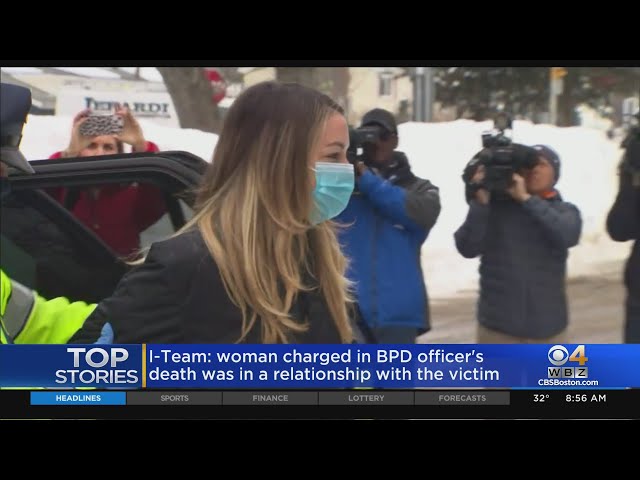 The attorney also asked the judge to lower Read’s bail to $5,000 and cited her medical issues. He reported that Read was suffering from a brain tumor, multiple sclerosis and colitis. However, the judge stated that the suspect “has plenty of reason to flee” and rejected the plea.

Karen Read was finally released on a $50,000 bail on Wednesday, February 2, 2022. Her car has been confiscated, and she is currently not allowed to drive. Her next hearing is scheduled to take place on March 1, 2022.

Tesla and SpaceX CEO Elon Musk took to Twitter to express his opinion about Amber Heard vs. Johnny Depp...
Sport