Who is the Wimbledon fan that distracted Nick Kyrgios and what did he say about her?

NICK KYRGIOS is once again in the headlines for some on court antics in the 2022 Wimbledon final – but it didn’t involve his opponent this time.

The Australian hot head urged the umpire to EJECT a spectator on Centre Court.

As Kyrgios believe she had one too many drinks at SW19 and was supposedly putting him off his game.

But who is the woman and what did Kyrgios say about her?

Who is the Wimbledon fan that distracted Nick Kyrgios?

The ‘drunken’ spectator who allegedly threw Nick Kyrgios off his game is a woman named Ania Palus.

Pulas, 32, is a Polish lawyer who claimed that she only had two drinks and it was the heat which was getting to her head. 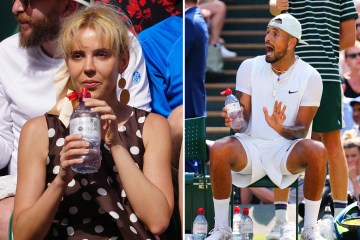 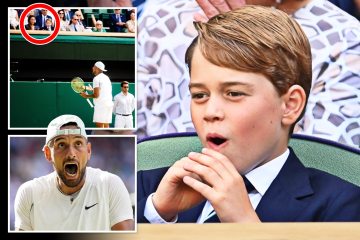 Ania was temporarily escorted out of Centre Court but was later able to return to her seat with a bottle of water.

What did Nick Kyrgios say about her?

The Australian hot head Nick Kyrgios was furious at the fact that Ania would begin to talk right before his serve.

Kyrgios then lashed out at the umpire for not resolving the situation before demanding that Ania be removed from Centre Court.

Speaking to the umpire, Kyrgios said: “Why is she still here?

“She’s drunk out of her mind and speaking to me in the middle of a game.”

When asked to point her out, the Wimbledon finalist said: “The one who who looks like she’s had about 700 drinks bro.”

What was the Wimbledon fans response?

Ania Pulas blamed the temperature for what had happened and sent out an apology to the Australian star.

Pulas said: “He always says the crowd is against him and I wanted to show we were there for him. I wanted to encourage him.

“I only had one Pimm’s and one rose.

“It’s the temperature for me, I had no hat. I’m really sorry.”

Previous articleThe Open Championship – free bets: Get £30 BONUS to spend on Golf at St Andrews with SBK
Next articleNick Kyrgios hit with THIRD fine of Wimbledon totalling £15k across tournament.. but will still bank more than £1MILLION