Who was Eunice Muñoz? Tributes pour in as famed Portuguese actress dies aged 93

On Friday, April 15, renowned Portuguese star Eunice Muñoz passed away in Lisbon, Portugal, at the age of 93. The legendary actress reportedly passed away at the Hospital de Santa Cruz in Lisbon.

Following her death, the news was announced by the Portuguese government’s official Twitter account for the Office of the Minister of Culture. The tweet also declared a national day for mourning, which will be observed this coming Tuesday, April 19.

According to a local media, Muñoz’s body will remain at Basílica da Estrela on Monday, April 18. Meanwhile, the funeral procession is slated to take place on Tuesday and will reach the Alto de São João cemetery.

Exploring the late Eunice Muñoz’s legacy – What is known about the legendary actress? 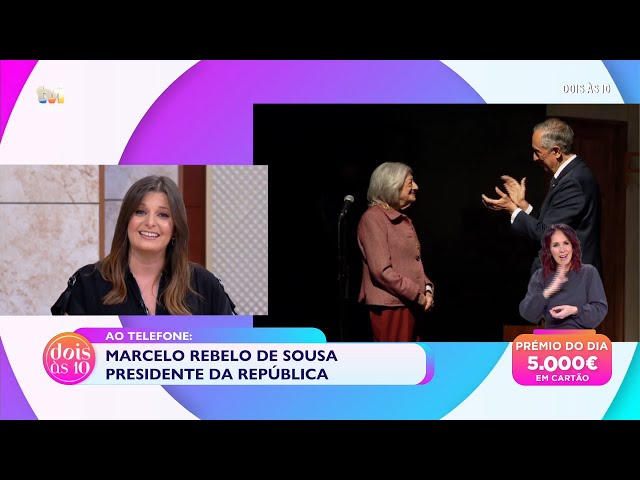 Muñoz was born in Amareleja, Portugal, on July 30, 1928. The legendary actress was best known for her appearance on the hit TV series A Banqueira do Povo (1993), where she played Dona Benta. She was also famous for her portrayal of Antónia Brás Teles in the 180-episode Portuguese telenovela Coração Malandro.

As per multiple sources, Eunice Muñoz was inspired to pursue acting by her parents, Hernani Muñoz and Júlia do Carmo, who were also actors. It has been reported that the actress forayed into her first drama role at the age of 13. Following her initial stages of education, Eunice Muñoz attended the National Conservatory, which is now known as the Lisbon Theatre and Film School (Escola Superior de Teatro e Cinema). Here, the star forayed into learning professional acting to propel her career.

As per her IMDb profile, Muñoz debuted in the industry professionally when she played the role of an uncredited extra in 1943’s O Costa do Castelo. The Amareleja native has appeared in numerous TV movies throughout the mid-1940s to mid-1960s. Throughout her extensive career, the actress found her big break in roles in TV series like A Banqueira do Povo, Todo o Tempo do Mundo, Olhos de Água, Sonhos Traídos, and more.

Throughout her career spanning over 80 years, Eunice Muñoz appeared in 82 projects. The 93-year-old was also the recipient of multiple accolades and recognitions like Grand-Officer of the Ancient, Most Noble and Enlightened Military Order of Saint James of the Sword, of the Scientific, Literary and Artistic Merit in 2010. A year later, she received the Grand-Cross of the Order of Prince Henry. In 2009, Muñoz was awarded an honorary doctorate from the University of Évora in 2009.

Condolences rush in for the late Portuguese icon Eunice Muñoz

Following the news of her death, numerous celebrities took to their social media to pay their tribute to the late star. This included the likes of Portuguese Minister of Culture, Pedro Adão e Silva. His tweet read:

“It was a privilege for Portugal to have an actress Like Eunice Munoz. An actress with a unique gift and a natural talent for acting.”

Beloved Portuguese actress Eunice Muñoz, who devoted 80 years of her life to her career, has died at the age of 93. twitter.com/expresso/statu…

Waking up in a world without Eunice Munoz is bizarre and painful.

Waking up in a world without Eunice Munoz is bizarre and painful.

I recently learned about the life of wonderful Eunice Muñoz through @PedroZegrePenim, when he and the National Theatre of Portugal marked the 80th anniversary of her performing on that stage. What sad news about the end of an extraordinary life. Que ela descanse em paz. twitter.com/expresso/statu…