But hot head Nick Kyrgios hasn’t always looked as trimmed and chiseled as he does today.

The 27-year-old looks unrecognisable in a series of throwback photos as a school boy and tennis hopeful in Wu-Tang gear.

Kyrgios was chubby-cheeked in his younger years BUT was always skilled with a tennis racket in his hand.

Kyrgios was given a pass into the final after Nadal pulled out through injury.

The Spaniard was suffering with an abdominal tear before and during his five-set quarter-final win over Taylor Fritz.

Speaking about being forced to withdraw, Nadal said: “Unfortunately I am here because I have to pull out from the tournament, everybody saw yesterday I had been suffering with pain in the abdominal.

“I know something was not okay there. that is confirmed. I have a tear in the muscle of the abdominal.

“The communication is too late, I was thinking during the whole day, the decision to make

“I think it is, yeah, it doesn’t make sense to go. Even if I did many times in my career to keep going, tough circumstances, it is obvious if I keep going, the injury will be worse and worse. I feel very sad to say that.

“I believe I cannot win two matches under these circumstances. I cannot serve. It is not only I cannot serve at the right speed. I cannot do the normal movement to serve.

“I don’t want to go out there and not be competitive to be at this level to play to achieve my goal with a big chance to make the things much worse.”

“@rafaelnadal I hope your recovery goes well and we all hope to see you healthy soon. Till next time….”

However, after Sunday’s Slam final, Kyrgios is facing a court appearance over the alleged assault of his former girlfriend.

He is is due to appear before a judge in Australia’s capital Canberra next month. 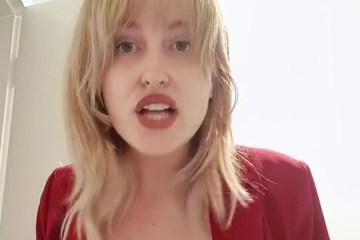 If found guilty, Kyrgios faces up to two years in jail.

The alleged assault of his former partner Chiara Passari is reported to have taken place last year, according to The Canberra Times.

Previous articleTransfer news LIVE: Cristiano Ronaldo fears he will be STUCK at Man Utd, Messi in DISAGREEMENT with Mbappe over Neymar
Next articleAjax sign Steven Bergwijn from Tottenham in £26m transfer opening door for Man Utd to land Antony